After the short much needed rest and shower, we headed out again. Our first stop is Prague Castle! 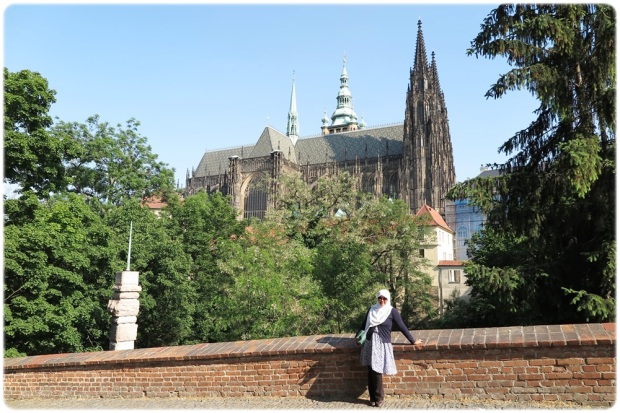 It looks so huge from afar so can you imagine how difficult it was for me to capture the castle in one photo. I feel like an ant next to it. 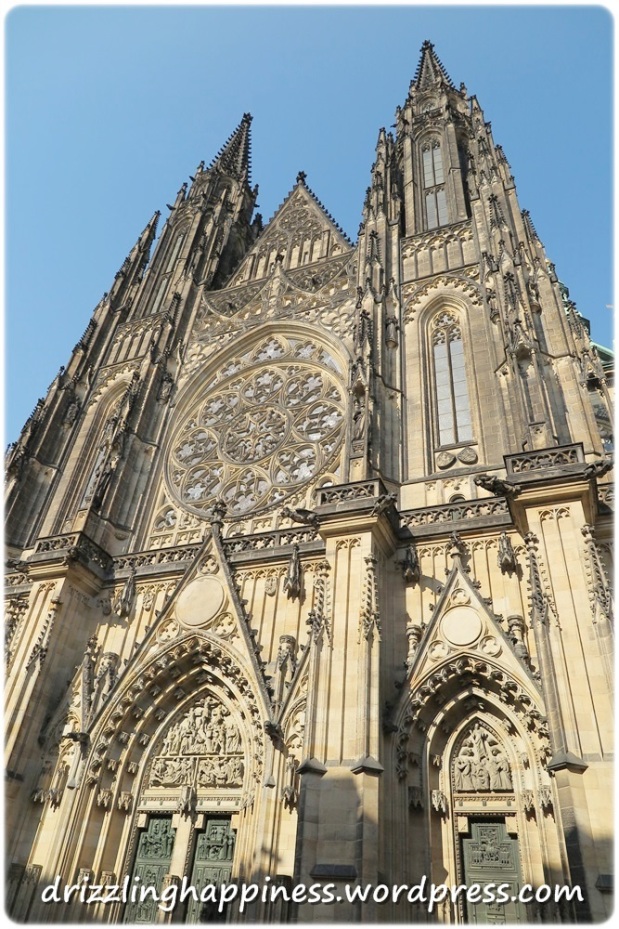 As we walked on, almost everything around us looked like they were meticulously designed.

Basilica of St.George was stunning in striking red.

The quaint buildings gave out a unique charm.

The Golden Lane is probably the most charming looking place at Prague Castle. However, it was so crowded with tourist from all over the world. There is no doubt that this place is one of the main attractions in Prague. 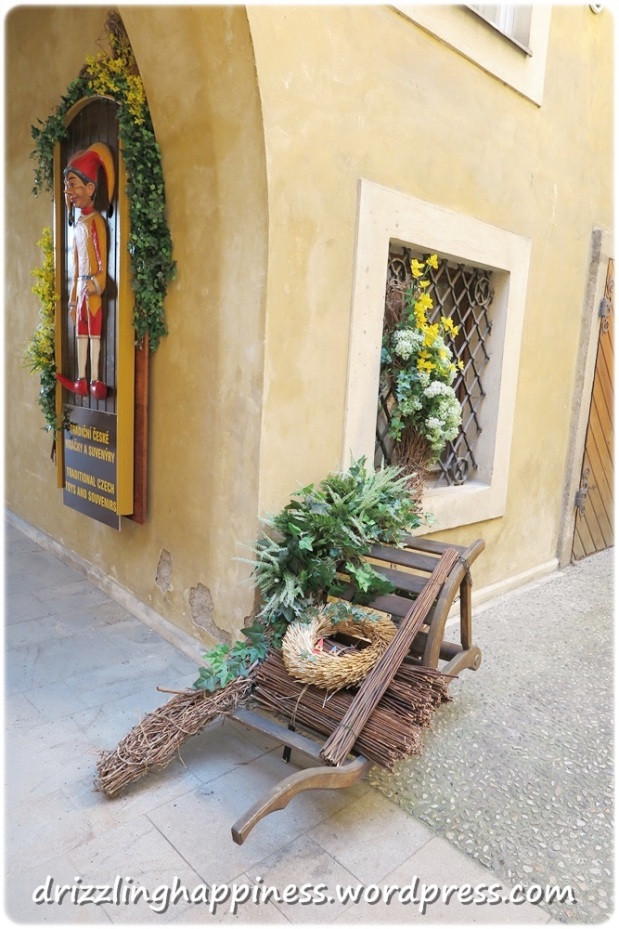 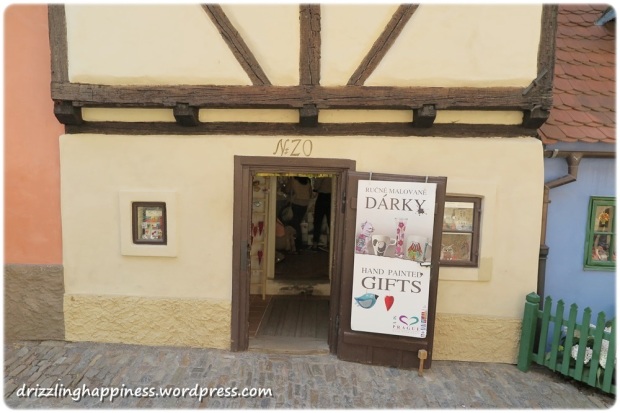 Due to huge crowd from Asia and the scorching hot sun, it almost felt like I was in Singapore. We had to stop to get some water to dehydrate ourselves.

All the tiresome walking was worth it when we were treated to this awesome view from the castle. 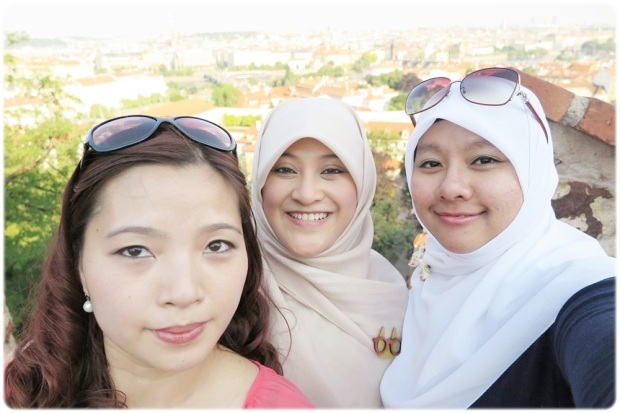 It almost felt like you can view the entire Prague from this view! 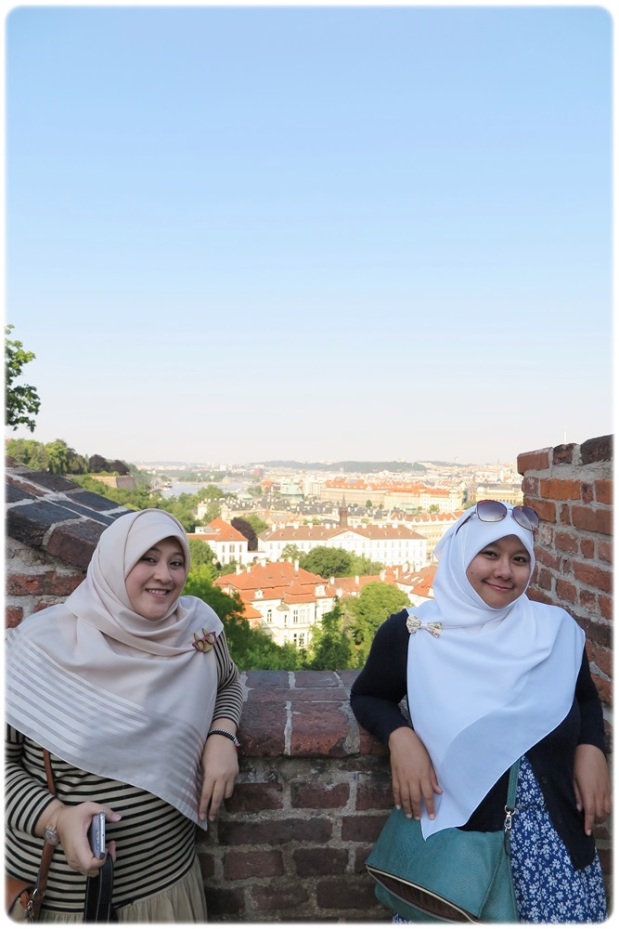 I did not realized that we have been walking and climbing so much because the journey here was filled with so many interesting things. It was time to make our way down.

We continued walking and took the tram to our next destination.

Even though the best way to explore Prague is by foot, make sure you are in good footwear. The cobbled streets can be painful to walk on if you are wearing shoes with thin soles. 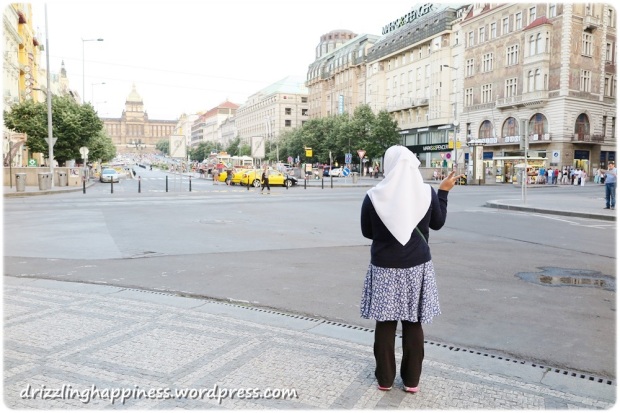 Another must visit place is the old town. The old town is littered with cafes and shops.

Unfortunately I could not get a good shot of the bridge because it was so crowded. However, this artist doing caricature on the bridge caught my attention. 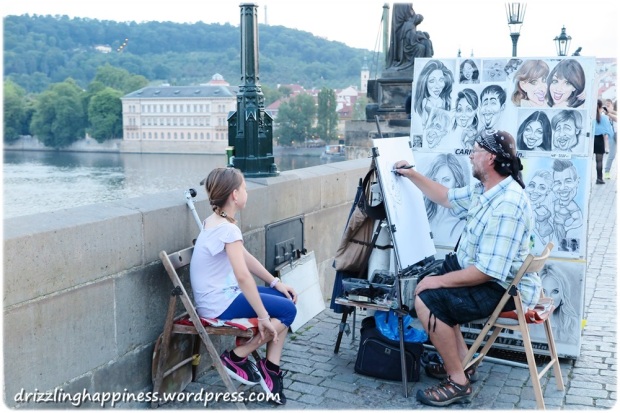 This bridge was a great place to watch the sun set but it was too cloudy on that day.

Nevertheless, we could still see the sky changes its colour and it was beautiful.

There was a restaurant nicely located right below the bridge. In fact, there were so many restaurants near the bridge, you will be spoilt for choice.

It was almost 9 pm and the sky was getting dark so we made our way to the next stop. John Lennon Wall was walking distance from the bridge so we walked on to look for it.

By the time we found it, it was already dark. It did not stop us from taking these photos.

Once a normal wall, since the 1980s it has been filled with John Lennon-inspired graffiti and pieces of lyrics from Beatles’ songs.

The wall continuously undergoes change and the original portrait of Lennon is long lost under layers of new paint. Even when the wall was repainted by some authorities, on the second day it was again full of poems and flowers. Today, the wall represents a symbol of global ideals such as love and peace. Source here. 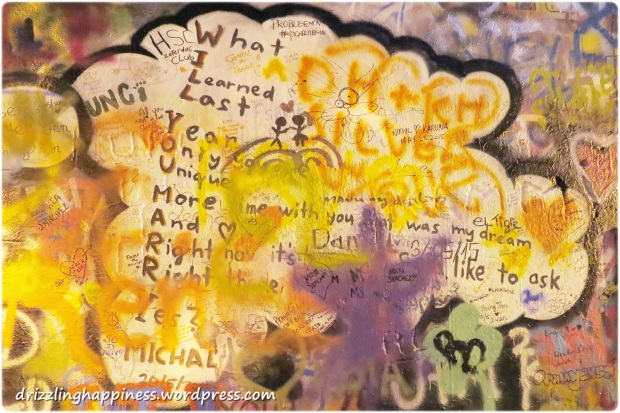 It took us a while to locate the wall but it was definitely worth it. We were exhausted from all the excitement of the day so we grabbed some dinner and headed back to rest.