Different kind of beautiful Chapter 4: The empty streets of Prague!

So this morning the sun was up and the sky was bright by 5.30 am! In Singapore, sunrise usually occurs around 7.00 am to 7.20 am and it is constant throughout the year. The bestie and me were up early by 5.30 am. I guess it is in our nature to be up when the sun is up.

We got ourselves ready and were all set to leave by 8 am. However our friends in the other room were still fast asleep. Lol. We were scheduled to leave Prague by 11 am today so we decided to just go out early to explore Prague with whatever time we have left.

Since we were really early, the streets were empty! 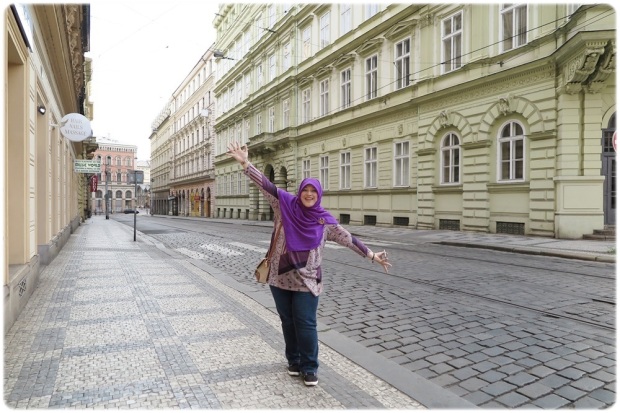 Look how pretty the streets looked without all the crowd.

I love the cool temperature too. We decided to walk to explore and this time I was better prepared with a good pair of shoes.

Where is everybody? Probably, most people were still asleep since it was a Sunday. The only people roaming in the streets aimlessly were mainly tourists…….like us. Lol. 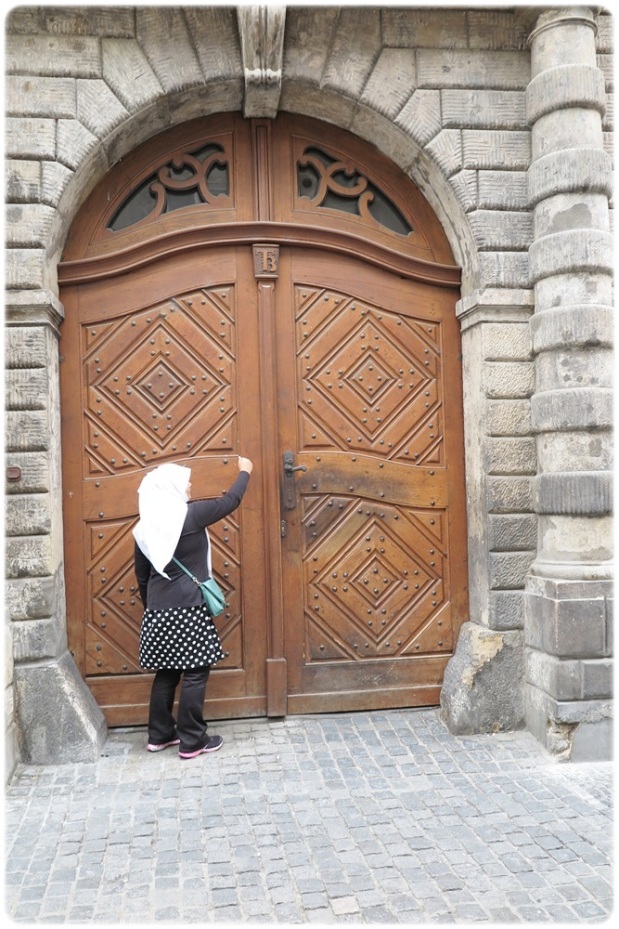 We decided to go around the old town again. As much as I thought it was charming yesterday, it was even lovelier today without the crowd because now I can truly see the quaint designs of the buildings.

You have to understand that I am from Singapore and it is crowded everywhere here all the time so seeing empty streets and roads was a rare and enjoyable sight for me.

So apparently Prague is well known for its export of Bohemian Crystals. Before we left, the bestie’s aunt told me that it was a pity Prague was not the last stop in our trip because she would have asked us to buy some crystal glassware back! Lol.

And it is true, there are shops selling Bohemian Crystals everywhere. 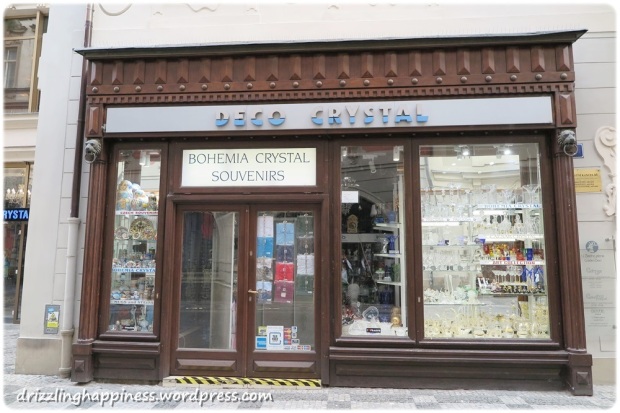 Of course along the way, the bestie bumped into an old friend of hers.

Hmm…I do not even want to know what is inside this shop. Lol.

So our first destination of the day was to walk around the old town to locate this astronomical clock. How did we find it? We saw a group of Japanese, Chinese, German and Asian tourists all starring at this tall clock tower from the other side.

Apparently, this clock was first installed in 1410, making it the third-oldest astronomical clock in the world and the oldest one still working.

I was too fascinated by how it works and didn’t quite understand it at first. That was why we kept looking at it. There were people around us who were explaining how the clock works to the tourists around us but unfortunately it was either in chinese, japanese or french. I would have eavesdrop if someone was doing an explanation in english.

Oh well, can’t do anything about it so we took a selfie with it. I can look it up on the internet. Lol.

Since it was not crowded we decided to visit the Charles Bridge again! 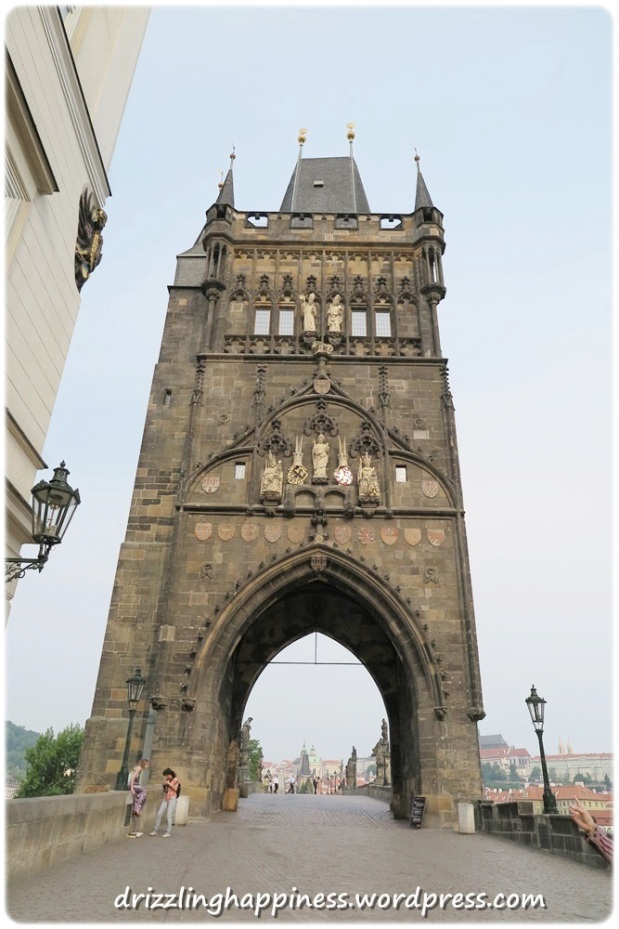 Now I can clearly see the beautiful structure and designs of the bridge! I did not even notice the statues lined up on it when I was here yesterday.

I also did not notice the area before the bridge was equally picturesque as well.

There was a little park as well and we could not resist taking photos of it. 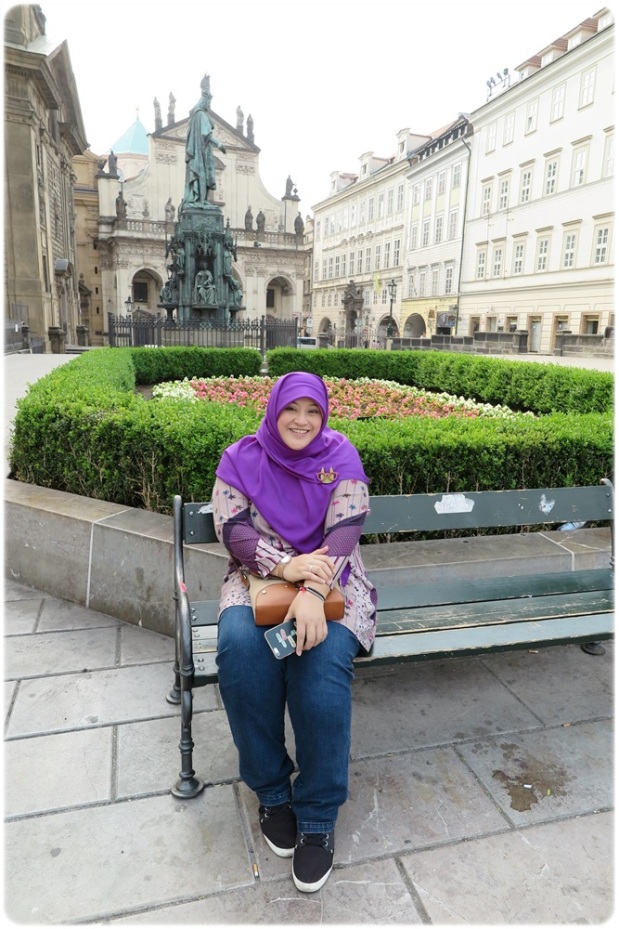 There was also a viewpoint. 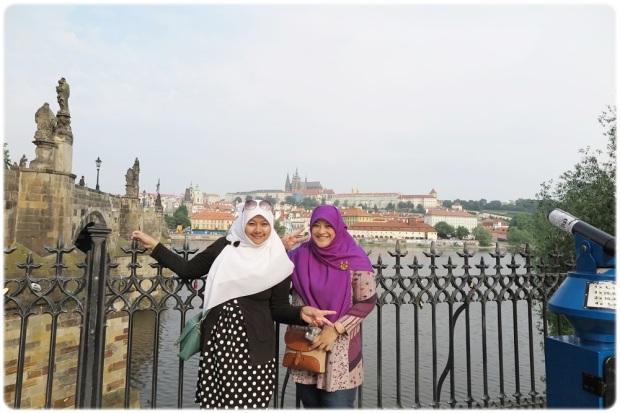 Look how empty the bridge is in the morning!!! The bestie and me were all excited. 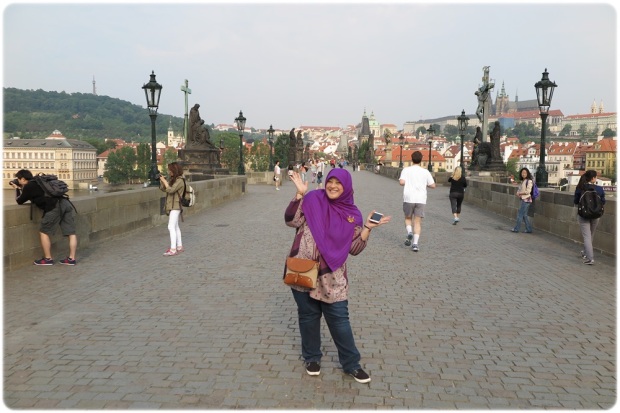 Yesterday we could not even see the ground. It was THAT crowded. I am so glad we decided to visit the bridge again before we leave Prague. 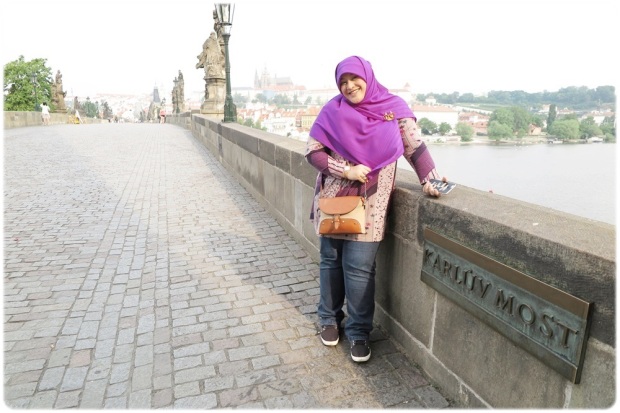 Therefore, if you face the same problem as us, do visit it in the morning. It is way less crowded and all your photos will instantly look better. 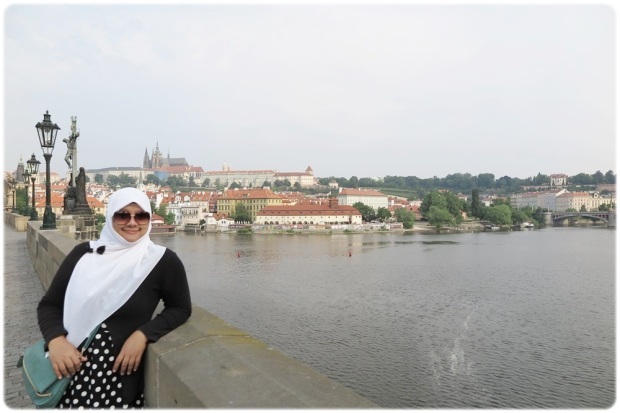 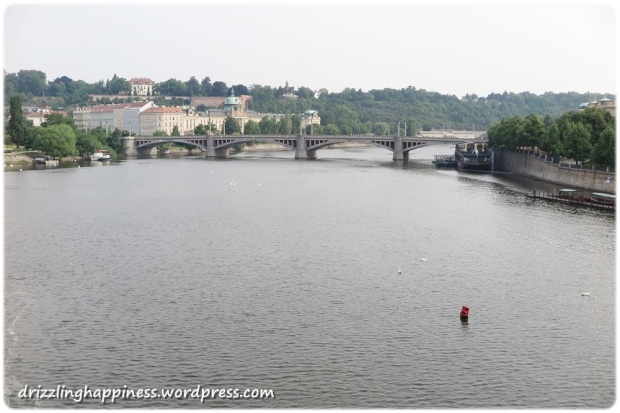 We were having so much fun we did not realized the time. We were supposed to meet our three friends for breakfast at 9 am so we made our way back. Taking the opportunity to capture the beautiful empty streets of Prague. 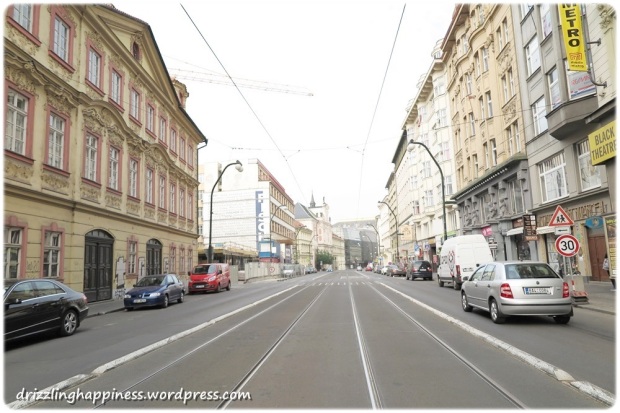 Less crowd also meant that I can do silly poses like this in public. Heck, I will do this even when it is crowded but I don’t want people to photo bomb into my photo. Lol.

We had about one and a half hours to spare so Bon suggested we visit a library. My first question was, a library? I have not visited any libraries in Singapore since I got out of school and entered the working world.

She went on to explain patiently that the library was listed as one of the most beautiful libraries in the world. Oh well, what are we waiting for then?

It took us a while to locate the library because there was no major signs in english. We almost gave up, until a kind security guard directed us the way to the library.

It was called Strahov Library. Apparently we needed tickets to go into the library and it is only based on tour. We were slightly disappointed because we only wanted to view the library, and not go on the tour that will take about an hour. Furthermore we missed the tour that started 15 minutes before we arrived and the next tour was going to be in another 30 minutes. We had a train to catch so we could not afford to stay.

However, the kind man working at the counter made a call after looking at our sad and pathetic faces and said that we could go in and join the earlier group! Yay! He lead us up and the lift and we were astonished to see the beautiful hall!! It was a hall filled with beautiful paintings on the wall.  Unfortunately we were not allowed to take any photos so you can view the hall here.

It was established in 1679 and has over 18000 books! The government is now in the process of digitalising the books so as to preserve it further. I love how they take so much care to preserve their history. We could learn a thing or two from them.

After listening to some history and looking at the beautiful hall from afar, we made our way out. The same man who let us in earlier brought us to the chapel. He felt that it was a pity we could not join the rest of the guided tour so he suggested we take a look at the chapel.

And this time, he allowed us to take photos!

It was gorgeous. I always wonder how they paint all these onto the ceilings. Wouldn’t their necks hurt? 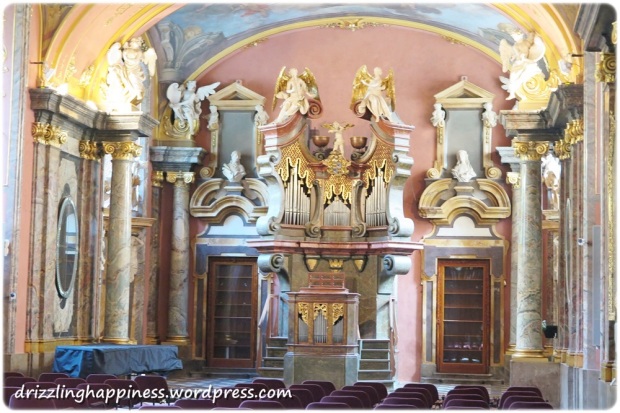 Listening and looking at the history sparked an interest in me. I have always loved history, minus the exams of course.

Oh well, I wish we had more time. I would definitely want to stay for the entire tour of this building but we have a train to catch! 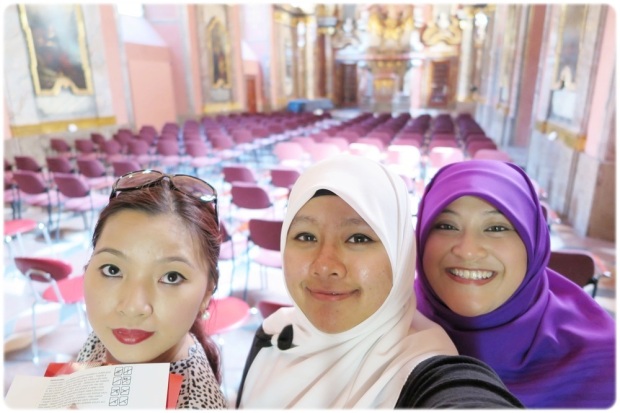 Thank you and goodbye Prague. You have been absolutely lovely!

2 thoughts on “Different kind of beautiful Chapter 4: The empty streets of Prague!”