Road Tripping Around New Zealand Chapter 18: The Chasm, on the road to Milford Sound

We were up and out early because it was a few hours drive to Milford Sound. We had initially booked a Milford Sound Cruise in the late morning so we needed to be on time. The staffs at our motel were helpful in giving us all the tips on driving there. There were so many brochures available at the lobby and trust me, when you are with a group of girls travelling together, we need all the information we can have.

Almost everyone whom we talked too, recommended us to visit all the pit stops on the way to Millford Sound. There is a map that specifically number and name the different stops on the road to Milford Sound. Hey, we are here anyway, why not!

We were also warned that there will not be any signal so trying to look for information via internet is not going to be an option. We were also slightly worried that there might a delay or traffic jam here, THE Homer tunnel.

Driving into the dark tunnel with minimal light was a challenge. Kudos to our driver Corrine, we completely trusted her driving abilities and judgement. Lol.

It was a long winding road along cliffs and check out the mist. The people were right, there was no signal at all. It was almost like stepping into a different dimension. 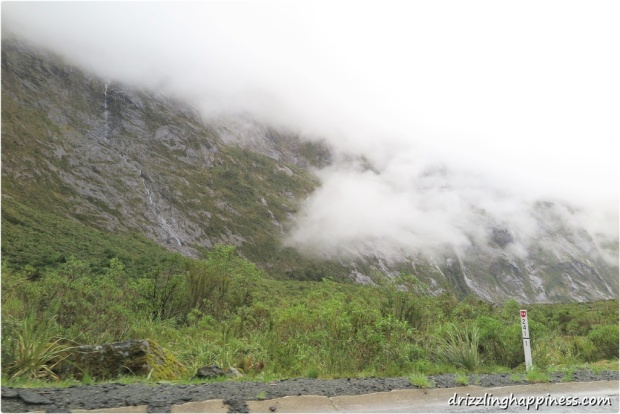 We wanted to do all the stops after our cruise but since we were terribly paranoid early, we decided to do the first pit stop, which was The Chasm.

The signage says that it would be an easy 20 minutes walk from the car park to The Chasm.

This time, the signage is right. In 20 minutes we were greeted by this view. Actually we could hear the gushing sounds of the water as soon as we stepped out of the car.

The Chasm is an impressive hole where a series of waterfalls have sculpted and scoured the granite over thousands of years. 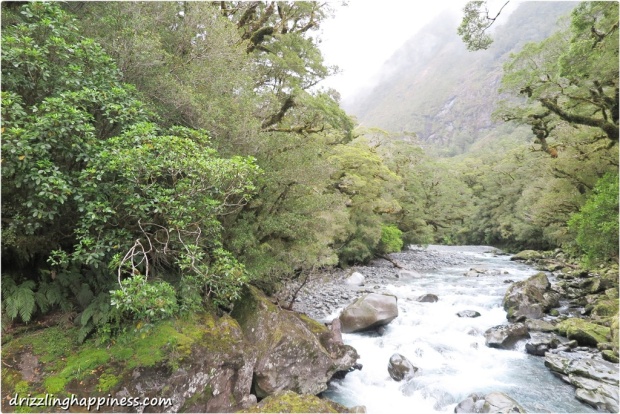 We were also told that the weather would always appear gloomy. The sun seldom makes an appearance in this region. No problem for us, we are from the land of the scorching hot sun.

This was definitely a worthwhile stop. I was so glad we did this stopover. Now let’s go straight to Milford Sound!

4 thoughts on “Road Tripping Around New Zealand Chapter 18: The Chasm, on the road to Milford Sound”