Al-Ibrahimi Mosque is located in the old city of Hebron and it is the focal point for most visitors. The site is sacred to both Muslims and Jews – be aware of the strict security and separate prayer spaces for each.

Prior to the visit, we were reminded repetitively to always stick together and no one should wander off alone due to the safety reasons.

At first I thought these were merely vandalism. The walls are smeared with arabic words and even though I could read arabic, I was not sure what really meant. Furthermore, the bus was driving through the area quickly, leaving me and my curiosity behind.

Our guide explained later that what was written on the walls of street buildings were the names of those who were killed by the Israeli soldiers. They felt that this was the only way they could remember the people who died defending for their homeland.

There were kids everywhere in the town. In fact, there were hardly any adults around. 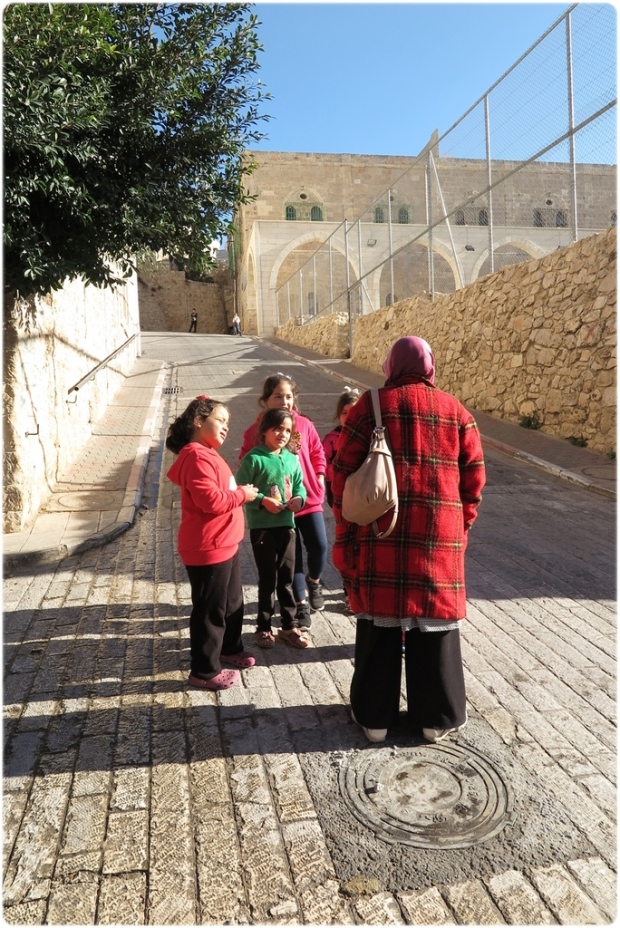 It was hard not to be distracted by the kids who approached us. There was a language barrier between us and even though some of the older kids were able to understand and speak basic english, we were not able to communicate anything more than where we were from.

We were also hurried by our guide because meeting and talking to the street kids were apparently not in our agenda. Our task today was to visit the Al Ibrahimi mosque. Even after the bus drove into the tiny streets, we still had to walk through steep slopes. 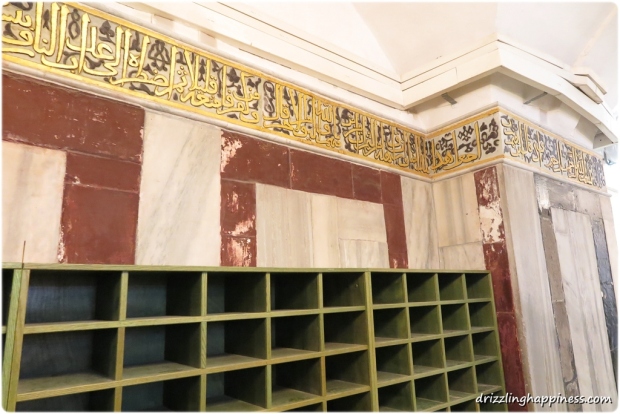 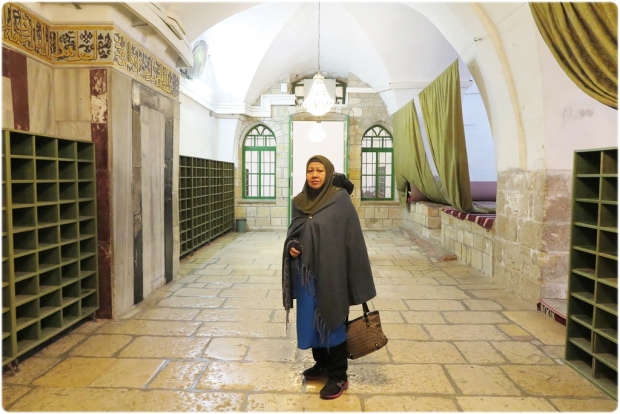 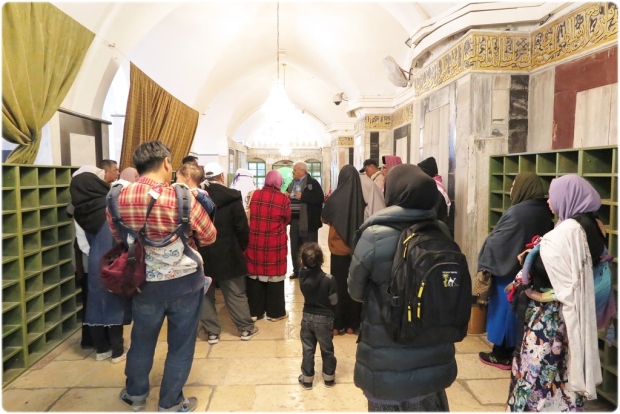 Our guide explaining a brief history of the mosque. We could feel the pain in his voice when he speaks about the massacre that happened here. The entire area was heavily guarded, with armed soldiers at the different gates.

Today, this place is the center of ongoing conflicts between Palestinians and Jews in Hebron and is therefore carefully segregated under tight security.

The inside of the mosque, the praying area. 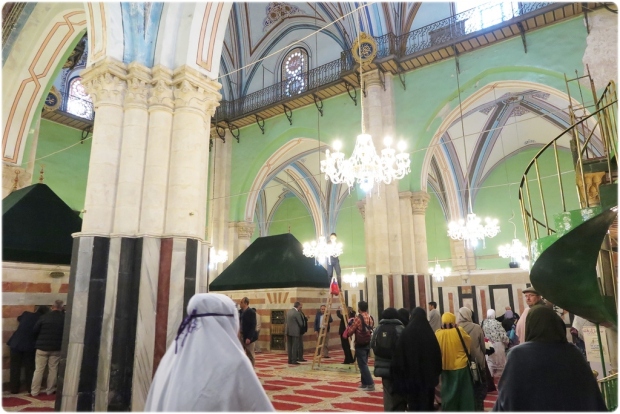 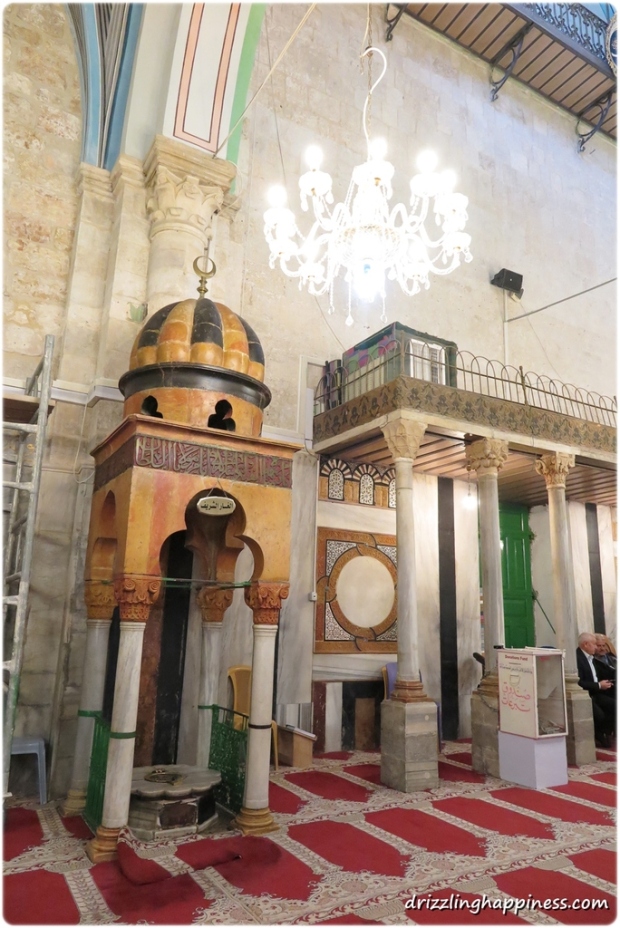 Prophet Ibrahim’s tomb in the central room of the building

The Ibrahimi Mosque itself is divided, with Muslim access reduced from the entire space to around 40 percent of the site. The other 60 percent was allocated to Jewish worshippers, who accessed the site from a separate entrance. While both members of the faith attend separate prayer areas inside the mosque during normal times, Israel closes it for Muslims during Jewish holidays and for Jews during Muslim holidays.

Nowadays, Israel controls Palestinians’ access to the mosque, prevents many from praying there on a regular basis and frequently bans the call for prayer under the pretext of disturbing the settlers.The control is not only restricted to prayer at the mosque, but also calls for prayers through speakers.

After exiting the mosque and while waiting for our bus, we had to walk through the streets and once again, the streets were littered with Palestinian kids. A majority of them were so young, compromising kids 12 years old and below.

Even though we could not understand the language spoken, it was evident that they were asking for two things. Food and money. 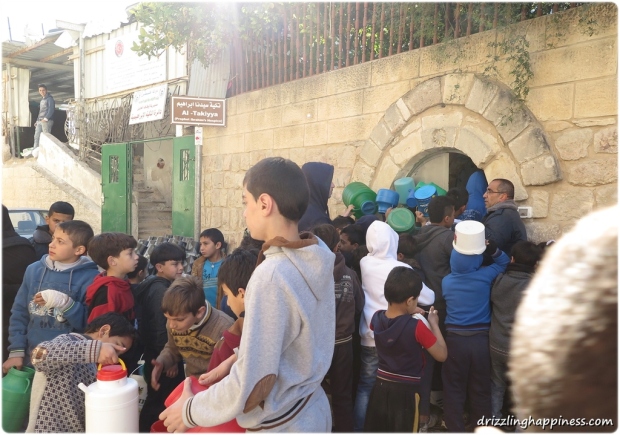 The kids were all seen carrying a pail, and rushing to collect clean water from point. It was truly a heartbreaking sight. You can watch it in greater detail here. It was only a short video as I was not able to continue recording after being hurried by the guide. 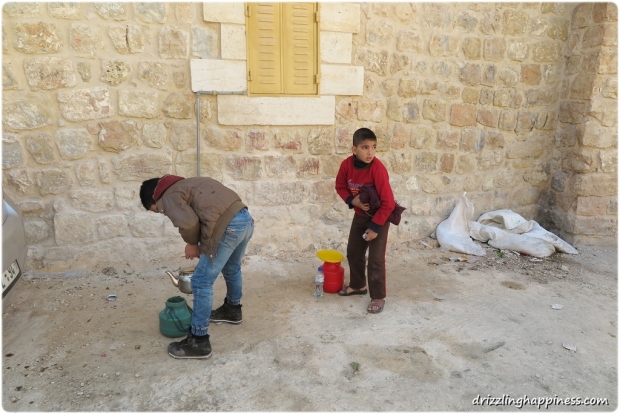 Most of the kids said that their fathers are dead, killed by the Israeli soldiers. Some of their mothers are home but most of them have neither. Thus, they are left to fend for themselves and their younger siblings.

This girl simply followed me quietly and my heart was moved to take this photo with her. She asked me where I was from and when I said ‘Singapore’, she looked lost, it looks like she has no idea where that is.

If only we were told that we would be coming to THIS, we would have brought extra food, clothes and money for the kids. We were told not to give anything because when we do, more kids will keep on following us. It was difficult to turn them down because their eyes spoken a thousand sad realities.

When we left the old city of Hebron, I felt so bad, like I could have done more and gave more but I had limited money and food to give away.

Ya Rabb, please continue to protect our ummah suffering there, especially kids in Palestine who are living everyday with uncertainty about their survival and future. May they be fully rewarded in the Hereafter for their sabr inshaAllah.