Narrated Abu Huraira: The angel of death was sent to Moses and when he went to him, Moses slapped him severely, spoiling one of his eyes. The angel went back to his Lord, and said, “You sent me to a slave who does not want to die.” Allah restored his eye and said, “Go back and tell him (i.e. Moses) to place his hand over the back of an ox, for he will be allowed to live for a number of years equal to the number of hairs coming under his hand.” (So the angel came to him and told him the same). Then Moses asked, “O my Lord! What will be then?” He said, “Death will be then.” He (Moses) said, “(Let it be) now.” He asked Allah that He bring him near the Sacred Land at a distance of a stone’s throw. Allah’s Messenger (ﷺ) said, “Were I there I would show you the grave of Moses by the way near the red sand hill.” [Sahih Bukhari]

From this hadith we learn that angels can take on human form. We also see that prophets do not cling to the life of this world. They know that the real life is the life of the Hereafter and though the time of death may be painful, since it must be gone through, they’d rather be done with it.

We were fortunate to be able to do our Asar prayers here. The entire maqam / mosque is on the hills. I am unsure how to fully describe it but the serenity and calmness that surrounds the entire place, mashaAllah, I do not mind staying here .

Prophet Musa was born in the land of Egypt and came from the people known as the Israelites. Tomb of Prophet Moses (pbuh).

I remember reading and learning about Prophet Musa when I was younger and have always been full of admiration for Prophet Musa, who grew up in such evil era of the Pharoah. There is too many stories that has remained in my heart as I grew into an adult. Occasionally I wondered how I managed to remember the stories even when it is read a long time go. Me, the same person who cannot remember what I had for lunch yesterday. Kudos to all my islamic history teachers, who successfully made history alive and interesting. 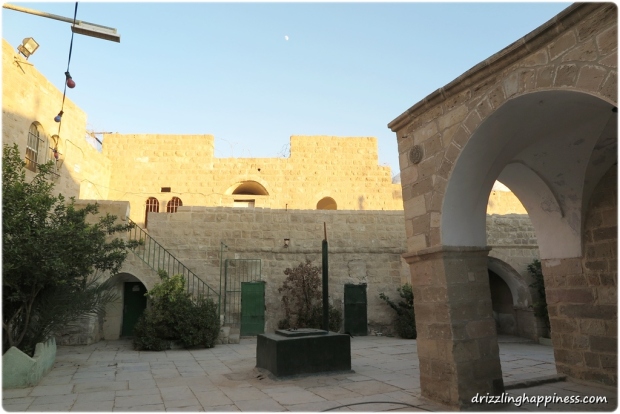 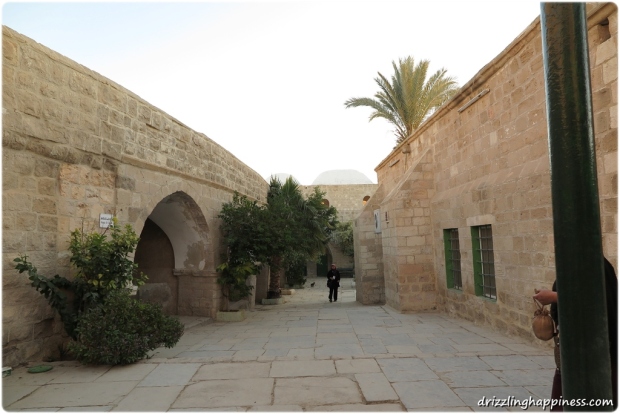 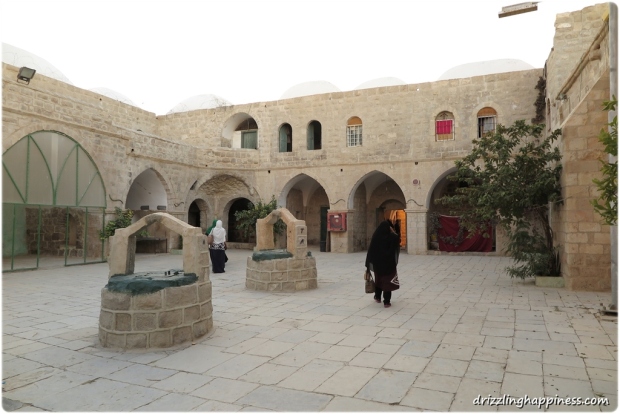 I truly wished we had more time to explore the place. I wanted to climb the stairs and see what was above, you know me and my curious mind. However, we were the last ones who completed our prayers and almost everyone was ready to leave and were waiting outside. It was not nice to keep them waiting.

With the bestie, who, like me, will take ages to explore and take a million photos lol.

See the reflection of the sunset on the maqam / mosque. Outside the mosque were the graves of Prophet Musa’s (pbuh) followers. Apparently, they requested to be buried near him. Leaving in the bus and looking at the mosque from a distance, seeing it shines on the top of the hill, mashaAllah. Our messengers of Islam, may they be granted the highest of Jannah.

Can you spot the Dome of the Rock? It was such a beautiful sight and we could hear the beautiful melodious sound of the azan for maghrib prayer from where we were standing. 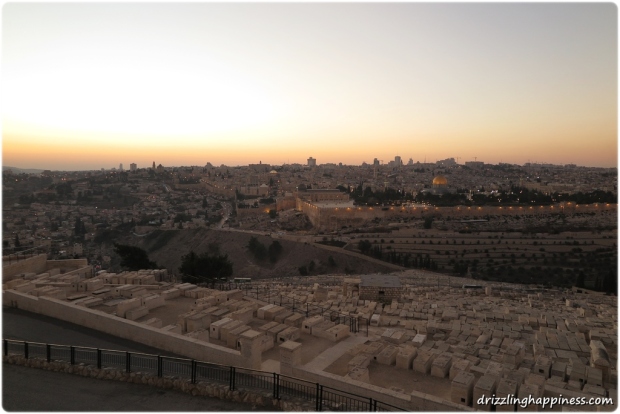 As you can see from our tired faces, it has been such a long day.  As the sun rays disappear and darkness slowly takes over the sky, it was getting colder and colder too. It has been such an enriching day and even though we are exhausted, we are looking forward to our morning prayers in Al-Aqsa mosque tomorrow!

Looking forward to a good dinner, rest and sleep before exploring the rest of the city tomorrow.