We were due to leave for Te Anau today but we still have the morning to spare. Corrine and me decided that we would finally go rent a bike and bike around Lake Wakatipu. Effa is off sky diving and Nurul prefered to walk around town.

It has always been my secret desire to explore beautiful nature places like this on a bike, reason being, I can cover more places in a shorter period of time. We were all packed and left our hostel pretty early but the bike shops were not even opened yet so we took our time to have breakfast. Our hostel was not that pleasant so we could not wait to leave!

As soon as we rented our bike, we cycled towards Lake Wakatipu. I had some trouble with my mountain bike. It is has been ages since I was on a bike so I needed some time to adjust.

Corrine was sweet enough to change bikes with me. I really thought there was something wrong with my bike, as I had problems with the brake. This could be dangerous, knowing how clumsy I can be.

As soon as we were on the bike trail, we were greeted by this gorgeous view.

I wanted to cycle slowly and enjoy the view. I had some difficulty trying to multitask riding the bike and looking at the beautiful scenery before my eyes. Corrine was too fit and sped away too quickly. My fingers were also frozen from the cold morning wind as I biked. Perhaps I was still not used to this cold weather, despite it being summer.

Corrine could have left me alone because I was too old slow riding the bike but she was too sweet and waited for me. Perhaps, she was also worried I might just ride my bike straight into the lake lol.

I secretly took this photo of her savouring the view. I have no idea why she was standing like that lol. 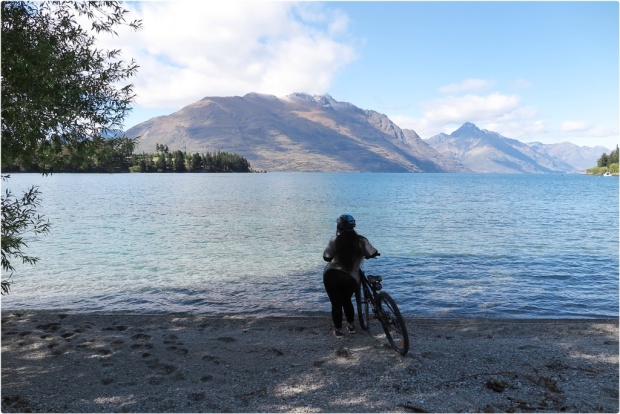 Before we biked, we agreed to stop our trail at the bridge and it was a good 10 km away! Frankly, I was not sure if I would make it. As we progressed further and further away from the city centre, there were lesser people and the view gets even more spectacular. 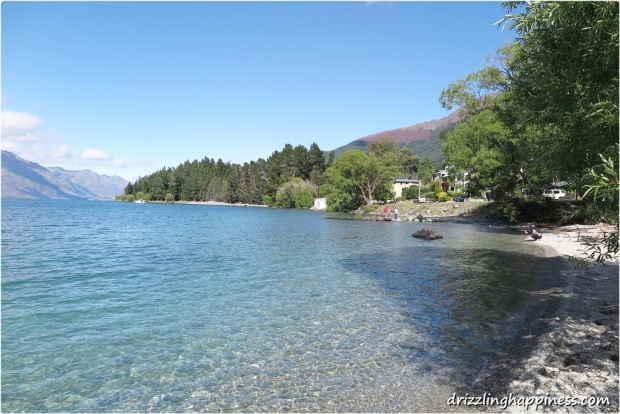 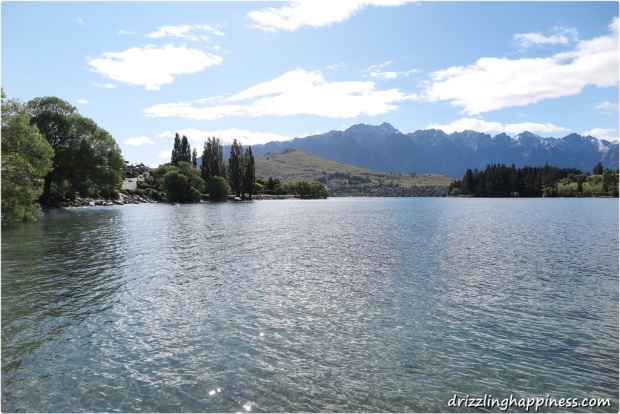 Such a nice place to simply sit and read quietly. I wish I could jump into the lake because look how clear the water is!

Taking a short break after panting away from the ride. Gosh, I need to be fitter and younger lol.

The bike trail was not a smooth one too. There were steep slopes and unexpected bumps. I had to particularly be careful going down on slopes because yes, I do have that fear of falling straight into the lake lol. #praranoid

By the way, it is mandatory to wear this bike helmet when you are on a bike in Queenstown. This is purely for safety reason. It is actually illegal to be on a bike without wearing a helmet regardless of how dorky the helmet is and how stupid you look.

We finally reached the bridge and I quickly took this photo.

I also took a selfie with this view but I shall not upload it here. I would not want to spoil the view with my face. 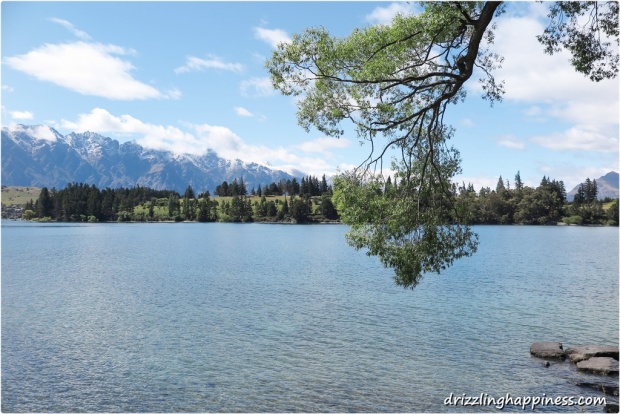 If we had not decided to rent a bike to explore the trails, I would never have been able to witness the beauty of Lake Wakatipu. There was no way we could cover the entire circumference of the lake as it was too huge and we were running out of time.

If you ever want to see more than the usual, it is a good idea to rent a bike to explore. I had such a wonderful time and even though my butt hurts and my legs turned to jelly after we were done, it was a worthy experience. We spent about 2.5 hours biking to the bridge and back.