Warning: A lot of food photos, be careful not to drool!

I love Saturday when I have nothing really planned out. I did not want to plan anything because I am supposed to be clearing stuffs and start packing this weekend. Packing is a struggle for me. Lol.

Le parents and me had breakfast at Qiji One KM. I was really starving because I did not have any dinner the night before. 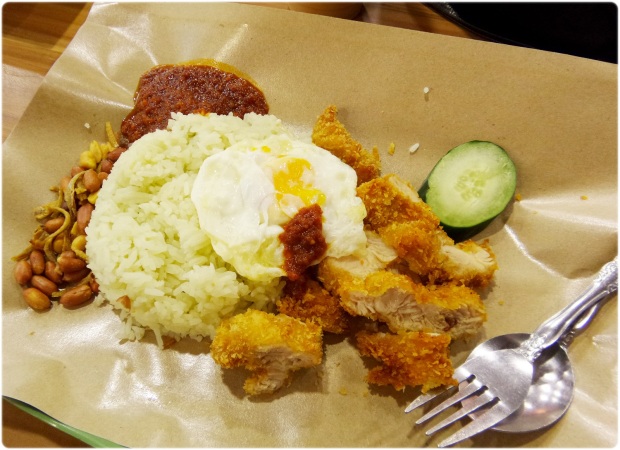 The plan was to go drive around so that I can get used to driving. Soooo I did. I really have not driven in a long time, it took a while to get used to it. I started from One KM carpark which meant that I had to go down that ridiculous spiral road down the carpark. Sigh. I really hate it. I think it is because I am claustrophobic; I really hate driving in small spaces.

Well, I survived. Lol. I wanted to stop by East Village to get some tops from Maqayla but for some reason it was closed! It was stated on the door that its opening hours were from 11 am to 8 pm but it was already 12.30 pm and it was not opened. Sigh. Why can’t people keep to their word? I came a long way you know.

We decided to cool down with some ice cream rolls instead. The weather was excruciatingly hot!

This coconut ice cream rolls with yogurt was so yumss. 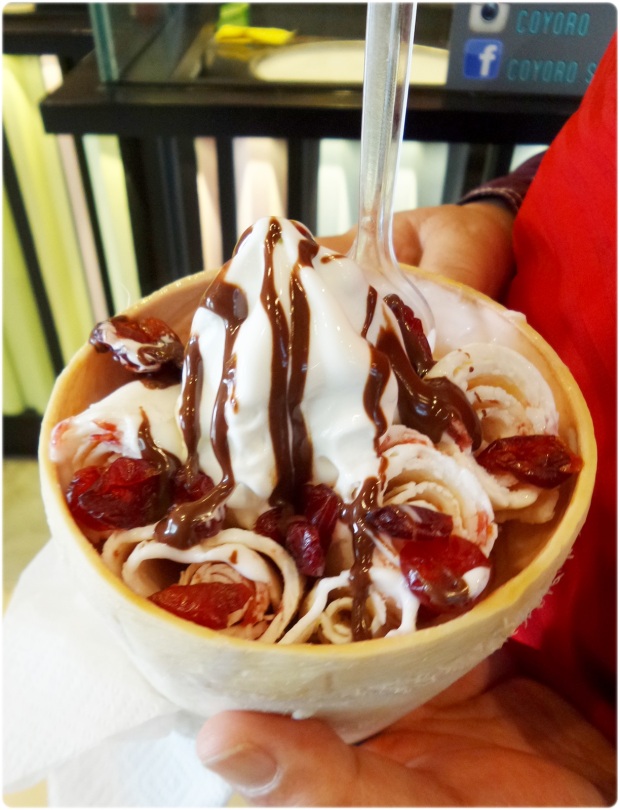 We decided to go home for a while to do our prayers before going over to Pasir Ris to pick up le brother and family. I did not really wanted to join because my room was in a mess and I was meeting Diana and Nurul at 5.30 pm. However, I really miss my niece so I quickly got ready and left my room in such a mess to go out.

My little niece my love!

We were heading to the airport because there was some Star Wars show happening. I thought the parents were more excited. 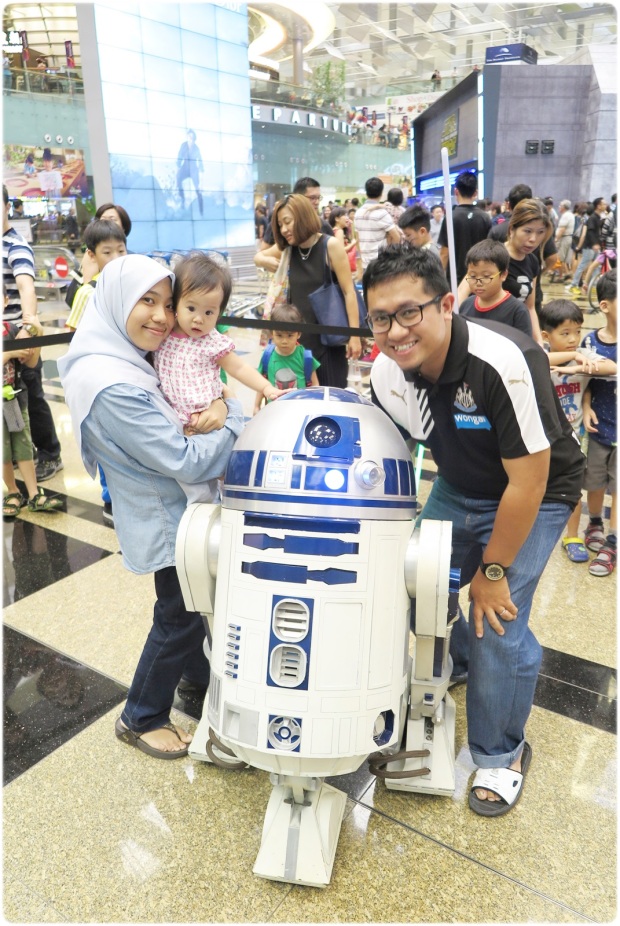 I am not really a Star Wars fan but there were so many  fans so I was excited too. Lol. Oh how I wish this robot can help me do housework!

My little niece was only interested in having someone hold her hand while she walked.

Look at her happy face! She was also approached 3 other children. I think she wanted them to play with her but did not know how or what to say. I wanted to take a photo but I was too busy making sure the little boy did not held her hand too tightly. 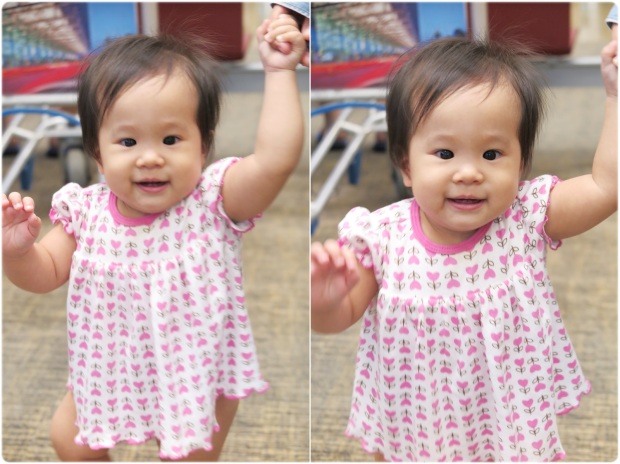 We managed to stop by for a while at Mac’s to eat.  I was lucky enough that le parents wanted to send me to Tampines to meet the girls since it was on the way. We met at 4 fingers because I was craving chicken lol.

It is always nice to eat chicken when we meet lol. I am so happy to have my hands on Eunhae Gift dvd! Like finally!!! Thank you Diana! It was also nice to have Mami there who decided to join us when she heard Diana was meeting us. Lol why is Mami so cute.

We took numerous attempts for a decent selfie but I thought these two were the best. even though the first one is slightly blur.

After we parted, the crazy bestie and me headed to Pasir Ris Downtown East to checkout some clothes and we ended up buying a lot lol. Goodbye money.

By the time I reached home I was exhausted and did not manage to do anything I had planned to do lol. Nevertheless, I thought today was a day well spent. Not everything is about me all the time. 🙂