Today is the day!! Our last day in Switzerland. We packed all our stuffs last night so that we can leave the apartment early today. We wanted to have a farewell lunch together before saying our goodbyes.

We headed to Bern train station but apparently there were no trams in service on Sundays Gasp! We were with our heavy luggage and usually it would take 5 to 10 minutes of tram ride to the train station. We had no choice but to pull our luggage to the station.

After what it seemed like forever, we finally arrived at Bern train station. We left our luggage in the lockers and went for lunch.

Our last meal together in Switzerland.

The food was good and the weather was cooling enough for us to choose to sit outside the restaurant.

Bon and AK’s flight was much earlier than us so they had to leave for the airport immediately after lunch. Our flight back to Singapore would only be at night so we had some time to roam around first.

Thank you for the wonderful company throughout this entire trip! I still can’t believe that we are back here after 2 years but I must say that this trip has been nothing but enjoyable.

Special thanks to AK who often helped me carry my heavy luggage up the trains. Thank you for all the ridiculously hilarious jokes during train rides and thank you especially for always looking out for us. And sometimes we look out for you too lol.

Thank you Bon for all the meticulous planning!! I am sure it took a lot of time and effort to ensure a smooth trip. Even though we did not have as many yogurt party during the nights this time, I thoroughly enjoyed our times together. Can’t wait to explore more places with you in the future!

Thank you to the bestie Nurul who has been my most regular travel partner all these years. With that, she also tolerated my injured knee and my obsession with getting fridge magnets and postcards from every place we visited. Lol.

Once Bon and AK left, we went back to Bern train station. The plan was to check our Spiez which was only a few stops away from Bern station. We saw this statue and was wondering whether it was the statue of Jesus.

Apparently it was not ok. He was the founder of a passage as stated on this board. Lol.

A few minutes later we were in Spiez!

This was the glorious view that greeted us when we stepped out of the station. 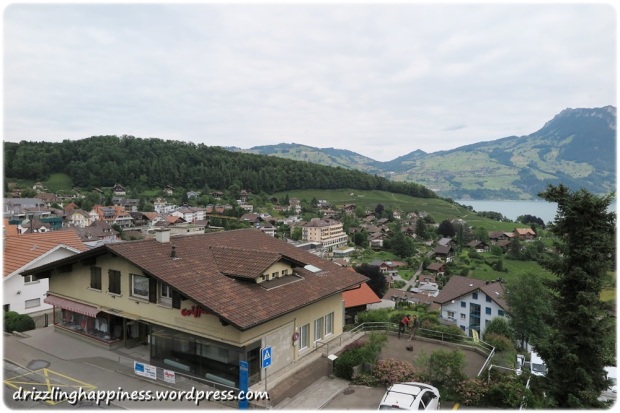 Spiez is located on the south shore of Lake Thun, stretching along a ridge that separates the lake front from the Kander that runs parallel and to the south. Source here.

We wanted to explore more so we decided to walk down slowly so that we can be closer to the lake. As we walked down, we spotted this restaurant but it was closed. Perhaps most restaurants are closed on Sundays too.

The train station was actually on a little hill so as we walked down, we saw houses and restaurants. The view from the closed restaurant was gorgeous. 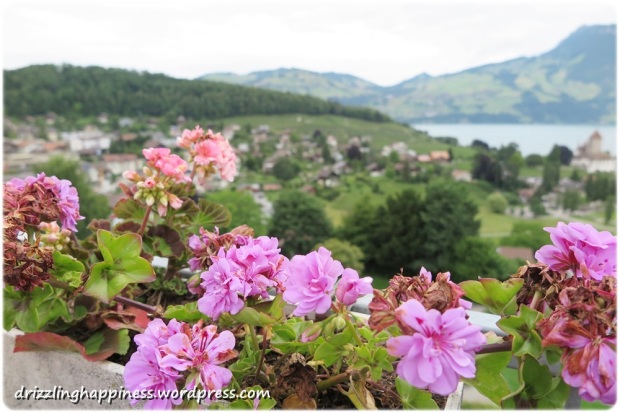 The residency we saw as we walked down…..it was such a peaceful environment, I wish was staying here.

We have arrived at the lake and we came across this yacht-like club. 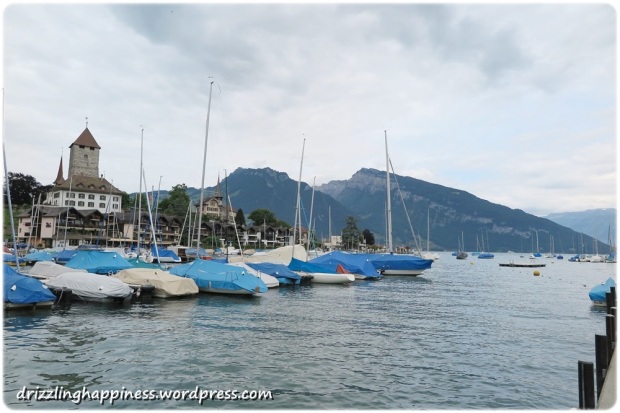 Actually I have never been on yacht before so I was full of admiration for people who can actually own one. 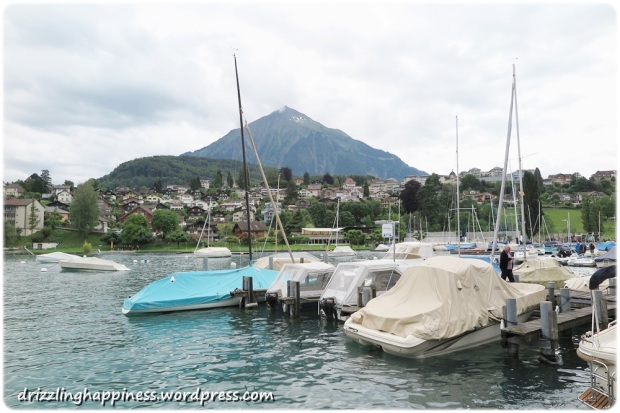 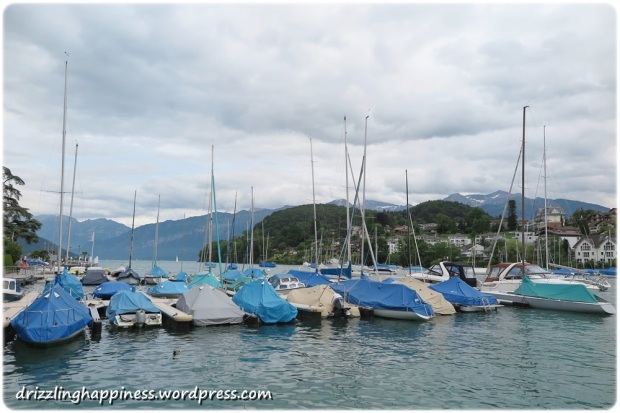 There were people, families, chilling and hanging out together. Some were roller-blading, some were teaching their kids how to ride a bike, some were on a play date for the kids and some were simply sharing a meal and conversation.

It was a relaxing environment to be in on a Sunday.

We were simply exploring the area when we came across this mother duck and her ducklings. It was such an endearing sight, I had to sit and watch for a few minutes!

I know, I know, I am obsess with the birds.

Nurul had this idea of checking out the ferry ride to Thun. We had plenty of time so initially our plan was to check out Spiez and then Thun, which was only a train stop away. However, the thought of walking back up the Spiez train station was not attractive to me at all. Because I am lazy and unfit.

Well guess what? Our eurail passes allow us to board tram, trains and even ferries for free.Of course the purchase of the pass was expensive, but with it, we could ride on any public transport and not have to make any additional payment. 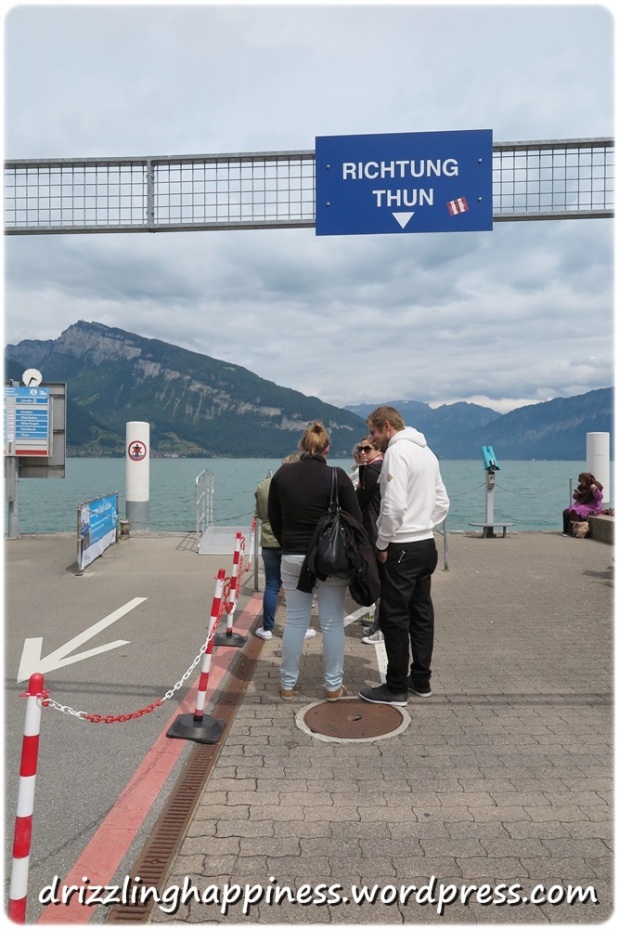 Therefore, we were on the way to Thun on ferry!! Yay.

One thought on “Beyond Beautiful Switzerland Chapter 16: Impromptu visit to Spiez”