So after the disappointment at Mt Rigi, we headed to Zurich. We were here for a few hours on our first day in Switzerland but there wasn’t enough time to explore more on that day. 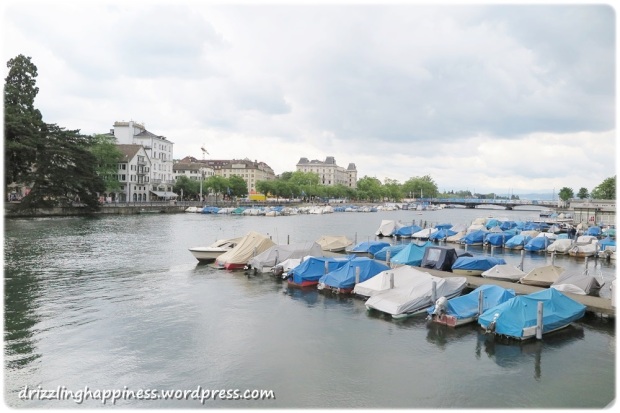 It was a cloudy day which was good since I was getting too tanned. I love how strolling by Lake Zurich is always able to make me feel calm. A stroll by any lake will do but unfortunately there are no lakes in Singapore. 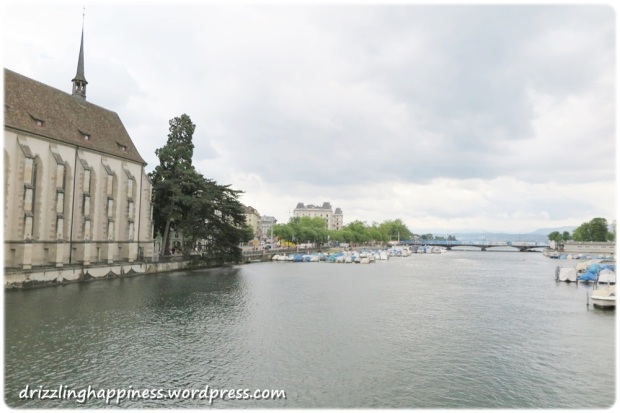 We are here to feed our bird friends! Yup, the bestie and me went over to the store to buy bread for them!

So we sat by this lake and started throwing bread into it. Soon, all the swans flocked over to our side. 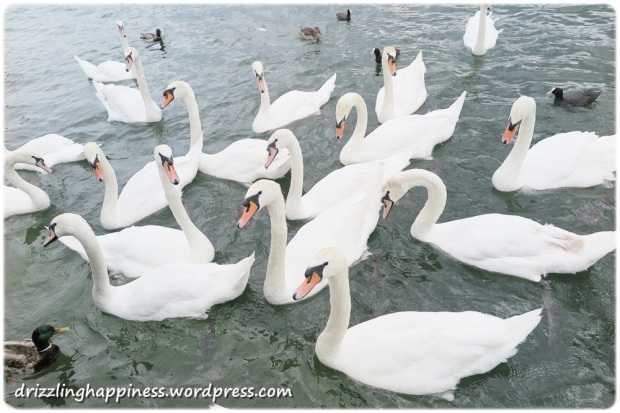 No doubt that I am an animal lover and with the birds flocking and rushing towards me, I kinda felt popular.

The bread that we bought seemed big but within minutes, it was all gone. 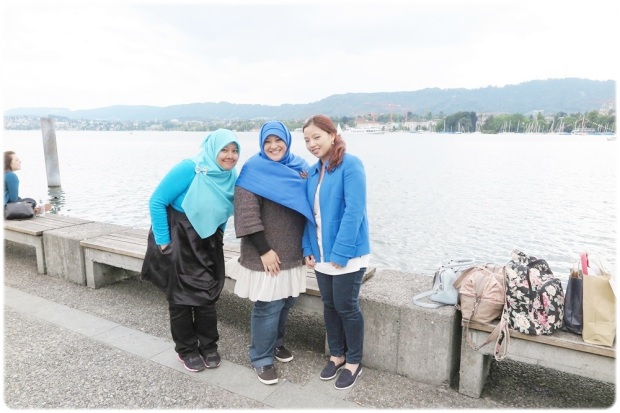 I did not realized that we were all in blue, and coincidentally we were still feeling blue from our experience in Mt Rigi.

I wanted to sit longer and perhaps try to communicate to the swans but Bon insisted we get up and move away from the lake. Meanie.

Goodbye my bird friends. I will miss you. 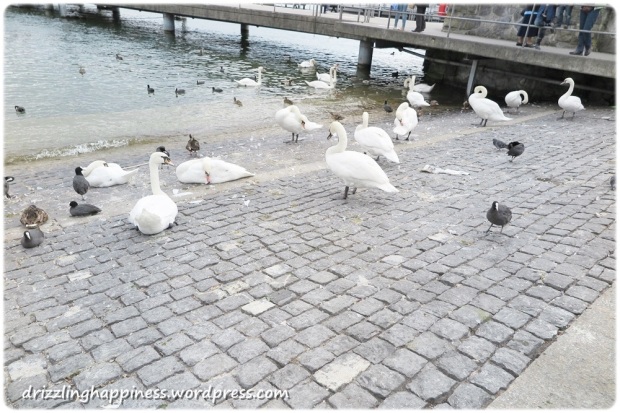 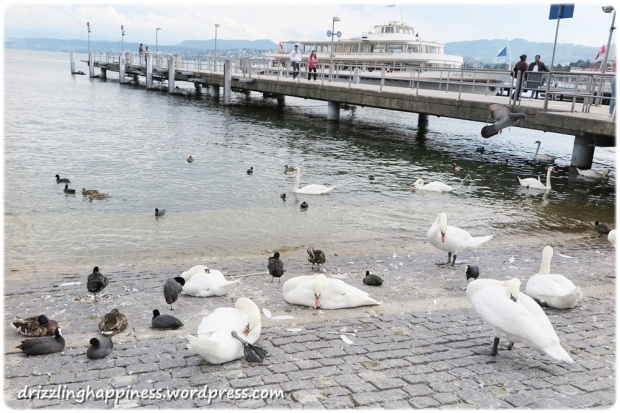 Notice how the ducks and swans do not sit together? I was going to help them make peace with each other.

We were about to leave when we came across a huge crowd. Apparently there was a parade going on but we were not sure what it was all about. Being nosey, I wanted to stay and find out.

They call it the ‘Rainbow Parade’. The people were promoting gay rights? I was too amused, this wasn’t something that I get to see everyday, I really wanted to watch the parade. 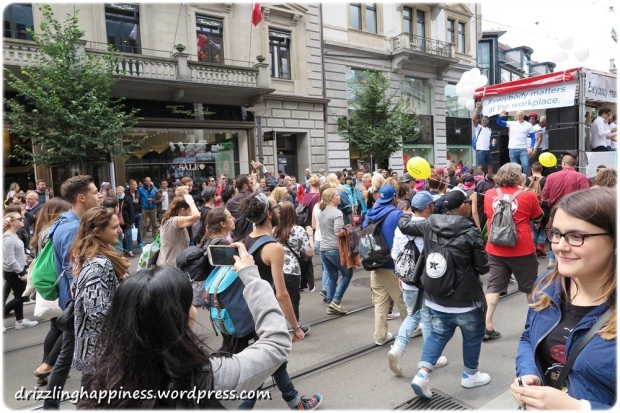 There were loud music and people were dancing as they walked. Some were dancing on moving vehicles. They were all carrying different banners and some of the wordings on the banners were ‘God loved gays’, ‘No discrimination’, ‘Accept love’. Unfortunately some were in german and french and I could not read it. There were even kids participating!

The people were all in different outfits. Some ladies were dressed like men and vice versa. Most were wearing this pink t-shirt that says ‘I am so gay.’ and they were even giving out pamphlets to everyone watching. It was so interesting, I kept on watching. Lol.

Oddly, when they were giving out the pamphlets promoting gay rights, none passed one to me. They smiled at me though and moved on to the person next to me. Perhaps they knew as a muslim, I would not be interested in this.

Well, there are no such thing as gay rights in Islam but then I was not there to judge, I was only there to witness the event. 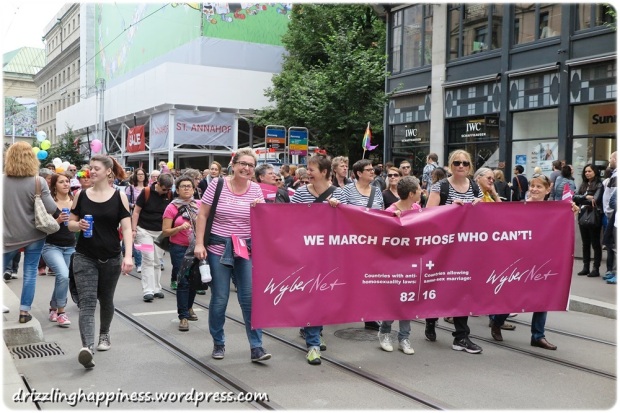 It was also amazing how everyone walking in the parade willingly danced and posed for my camera. Lol. Some of the guys are really good looking.

The parade was sooooo long. I thought it would only last for 5 to 10 minutes but it went on for more than 30 minutes. Even the traffic police were around to stop traffic and maintain order. However, it was a peaceful march. There was no violence, no aggression, only happy people walking and promoting the ‘rainbow culture’.

When they say you will see more of the world when you travel, that is so true. THIS was a really interesting experience. AK, too bad you were not here lol.

One thought on “Beyond Beautiful Switzerland Chapter 15: Rainbow Parade in Zurich”