So its been some time since I last traveled with the family so we decided to choose a destination closer to home before I leave for a longer vacation. We wanted to choose Krabi but since I was just there in June, I was not that keen. I was looking at short beach vacation and we finally decided to choose Batam.

Actually, we purchased the tickets for this trip via Groupon. We only paid S$98 for tour and accommodations. I thought it was really cheap since it comes with lunch on the first day. I have been to Batam many times but this would be the first time I am going via tour.

My auntie who was supposed to come along with us broke her hand and was not able to go. In her place, I asked the bestie if she was interested to come along and she said yes. Yay! (This is us in the ferry after we thought we were going to miss it. Lol.)

Baba and me with backpacks and ready to go.

My cuzzie and her family tagged along too. Quick breakfast while waiting for the bus and everyone else. 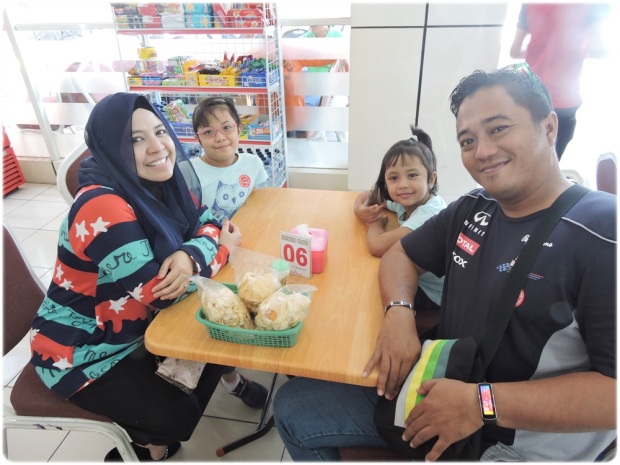 The parents were so excited to find turtle eggs to be consumed that they bought a whole plastic bag of it. And I only ate one.

The first stopover was this ‘kek lapis’ factory. We were asked to place order so that the bakers have enough time to bake and then deliver to us. The wonderful thing about this is that they also provide the delivery service to our hotel so we need not travel here again to collect our cakes.

We found some gems in the next few stops like super delicious and spicy chilli sauce and yummy crackers. Actually we had no intention to buy so many but the shops allowed us to taste the crackers with the different kinds of chili sauces and it all tasted delicious…… 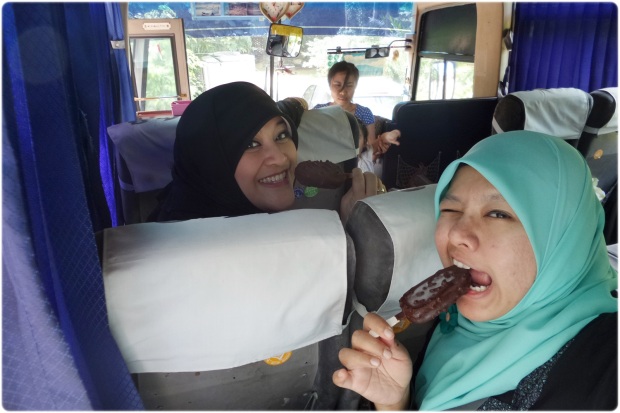 Giant peppero!!! Its not exactly cheap but I am a happy girl!

Lunch at Golden Prawn. The food was not that fantastic but we were hungry. Anyway, we actually know of a better seafood restaurant near Harbour Bay area but since we were on tour and this meal was already paid for, we had to follow the schedule.

The only good thing about Golden Prawn is the scenic view behind it.

The bestie and me did not want to miss out. Lol.

Our next stopover was Golden Go-cart which happens to be only 5 minutes away from Golden Prawn.

Also included in our package tour, was a 10 minutes ride in the go-cart around the tracks. 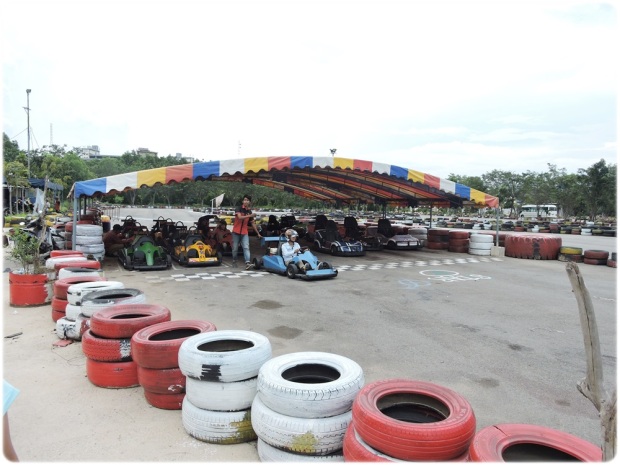 Getting ready to go.

My mum was sporting enough to try too! This would be her first time! Its my first time too!

I was busy taking photos of everyone that I was the last one to get into my cart.

Being the deprived person that I am, I actually found the ride so enjoyable. At first I was wondering if I could ride and video record everyone at the same time. I mean, I do not want to get into any accidents and embarrass myself. Lol. After getting used to the steering wheel, I managed to take out my phone and video record the ride! I shared it on instagram!

However, since I was the last one, everyone else was far ahead of me except for Mum who was driving at a slow and steady rate. Lol.

I really had fun and the weather was perfectly cloudy. 10 minutes seemed too short.

Seeing that I am such an awesome driver to be able to drive with one hand and video record with another, I think its safe that I CAN drive the next time we go on a road trip. Right bestie? Lol.

We had some time after the ride so we visited the nearby park that had miniature Indonesian houses. It was only a 5 minutes walk away. 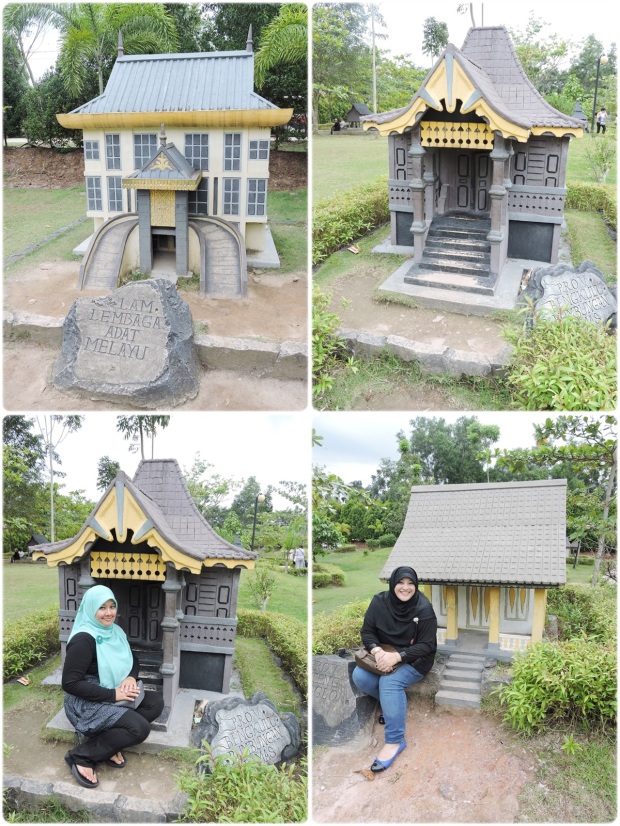 Like I mentioned, the day was cooling and cloudy, perfect for a walk in the park. There were so many different types of houses, we wished we had more knowledge to appreciate it.

Since we had no knowledge to appreciate it enough, we simply entertained ourselves with such crazy poses. 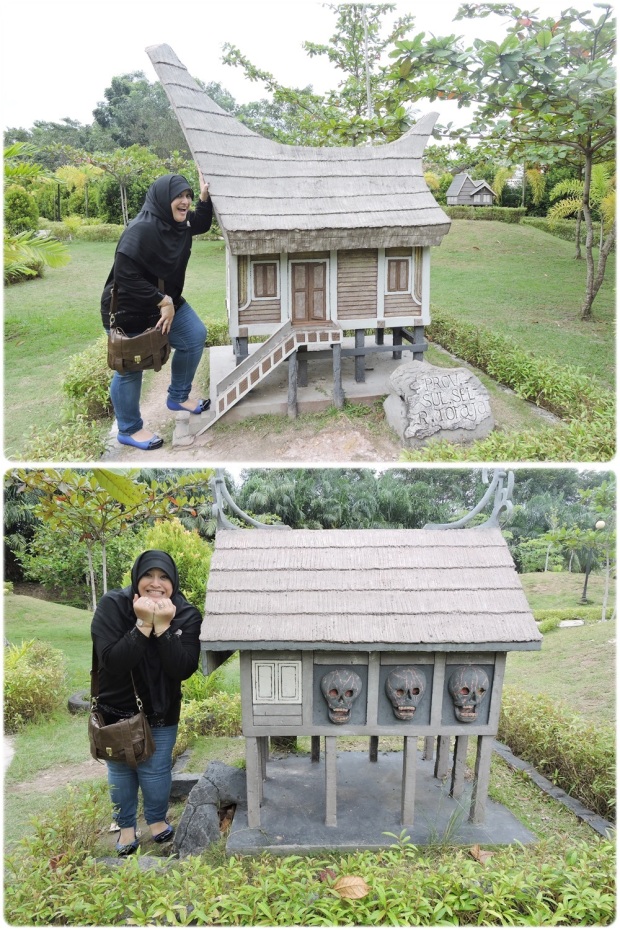 After the walk in the park, we were still waiting around and we discovered this abandoned place behind the Golden Go-Cart.

Called my nieces out to take photos at the rickshaw.

A mini kids’ train which was also abandoned…..I thought it was a perfect place to take photos.

We were scheduled to go to a shopping mall but we were all tired and requested to be send back to the hotel. We stayed at BCC hotel. Its a five star hotel and its got this! 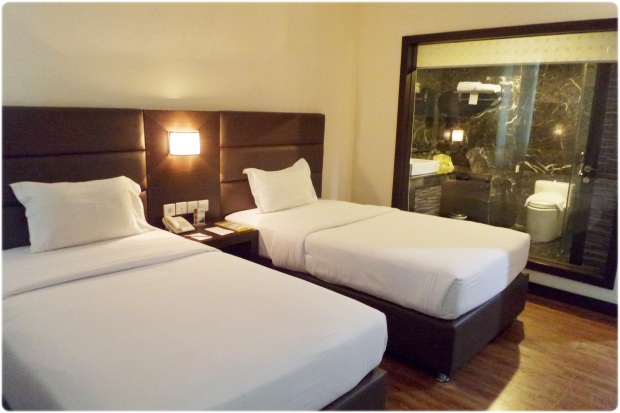 Glass window to the restroom! Lol.

The view from the hotel. We could almost see the whole of Batam. Well, almost.

After resting for a bit, we decided to head to the shopping mall next to the hotel. The BCS shopping mall was a 5 minute walk away and it was so convenient.

There were so many eateries and restaurants that we were spoilt for choices. In fact, we got separated with my cuzzie’s family while shopping. Dinner is the reason why my dad looks happy. Lol. 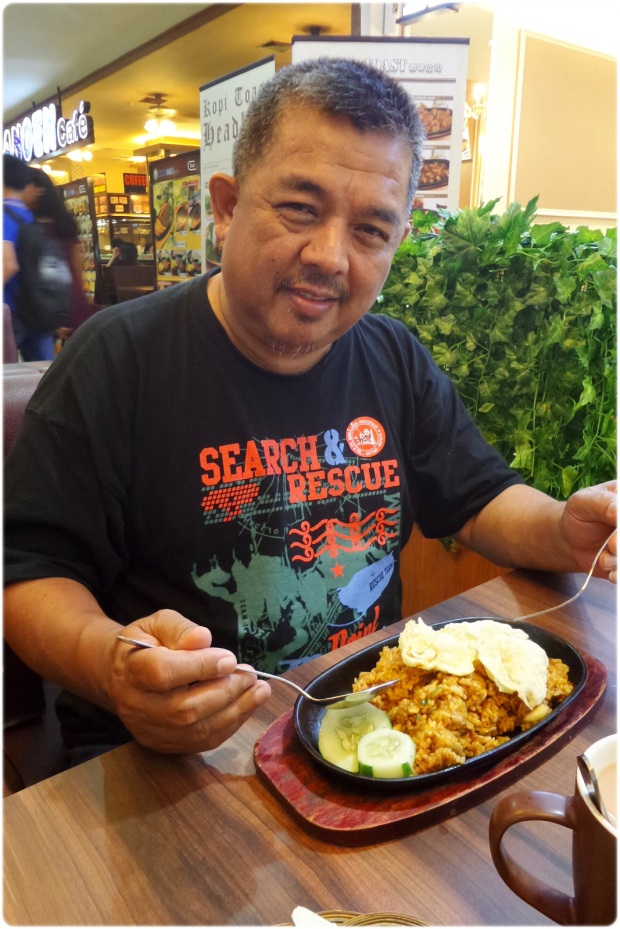 This green chili was so delicious and spicy just the way I liked it. 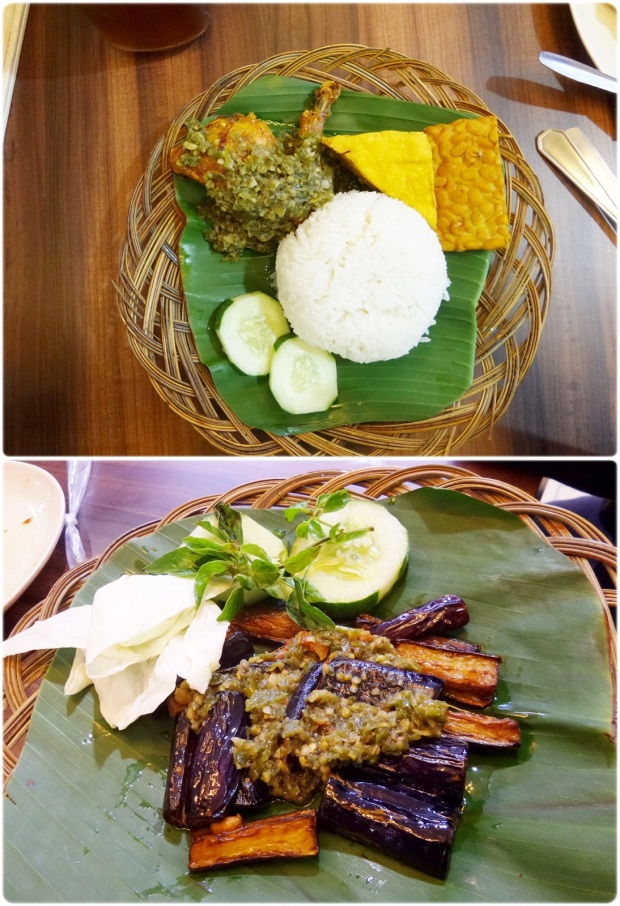 There is this drinks outlet called ‘ShareTea’ nearby and they sell the coolest drinks. The bestie ordered this yam pudding drink and it was so yummy I could continue drinking it even though I was full. Lol.

Hanging out before going back. It was too early to back since we are on vacation. Lol. 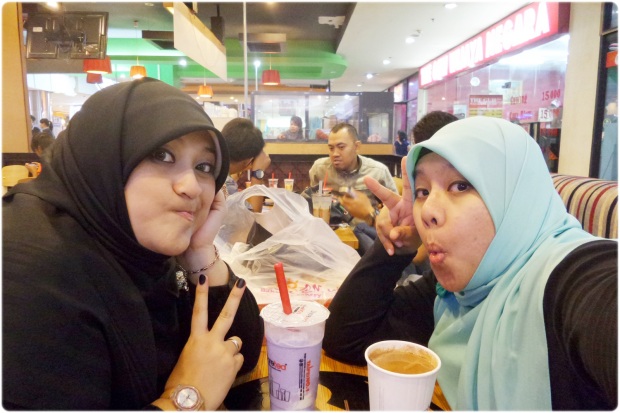 We could not resist buying back two whole boxes of egg tarts of different flavours! The smell was just too enticing.

I think we had enough adventures for a day. We are going back tomorrow and it will be a short day. We wished we could stay longer.

← Happy birthday to my bestie and best travel buddy!
Things to do in Batam (Day 2) →