We managed to sleep for a few hours after breakfast. We had no itinerary today, we were free to do whatever we wanted to do. I woke up with a splitting headache. It must be from the irregular hours of sleep. Nevertheless, I am determined to not let it affect me. After getting ready, we left for Zohor prayers. I am glad that our hotel is right in front of Masjidil Haram so we were 5 minutes walk away.

The weather was hot but the temperature felt cool. Hmm…I do not know how to explain it. Check out the blue sky! 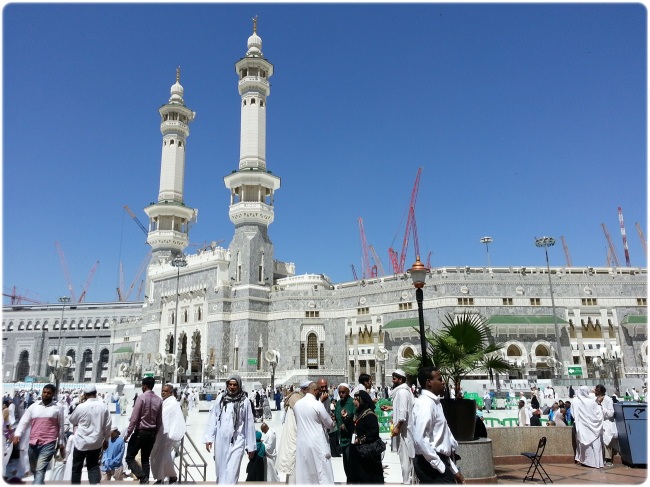 As usual, it was crowded everywhere. Its really like a city that never sleeps! 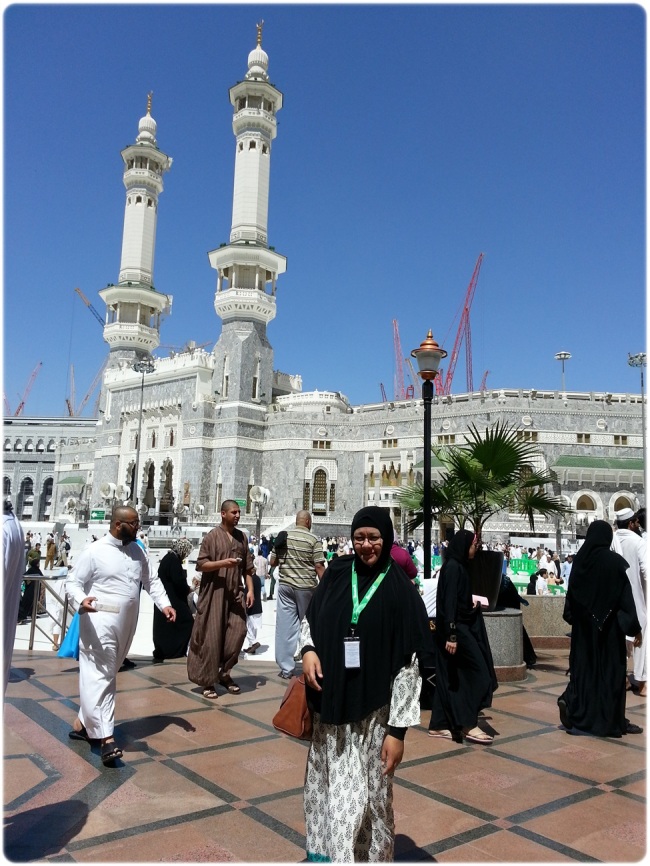 The brother and sis in law suggested we do tawaf sunat after asar and I agreed. It was hot compared to the tawaf we did the night before. 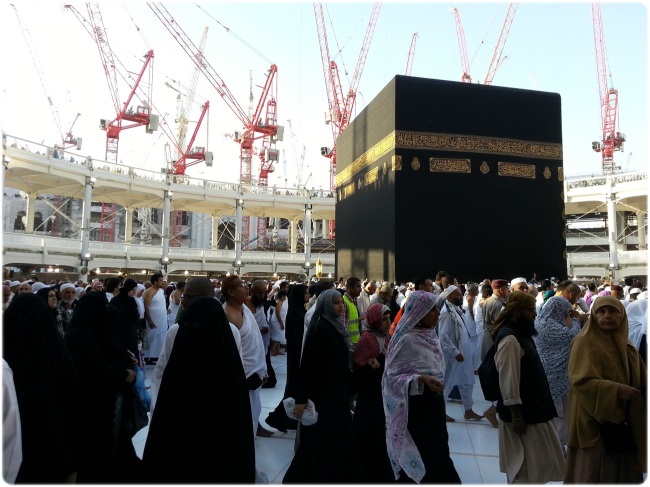 The number of people constantly walking around the holy Kaabah is astounding. There is no ‘off peak’ period. Its constantly being surrounded by muslims from all over the world. MasyaAllah.

The brother, sis in law and me were holding onto each so as to prevent being separated. In the huge sea of people, its easy to get lost and separated.

As you can see the Masjidil Haram is being surrounded by construction works. They are in the midst of expanding the place so hopefully we will get a chance to come back and see the finished work.

Like I mentioned before, I wanted to be here last year but we were late in applying and as a result, all the bookings were full. While travelling Europe in December last year, I felt slightly guilty because I wanted to be here first before going anywhere else in the world.

Alhamdulilah my wish was fulfilled. 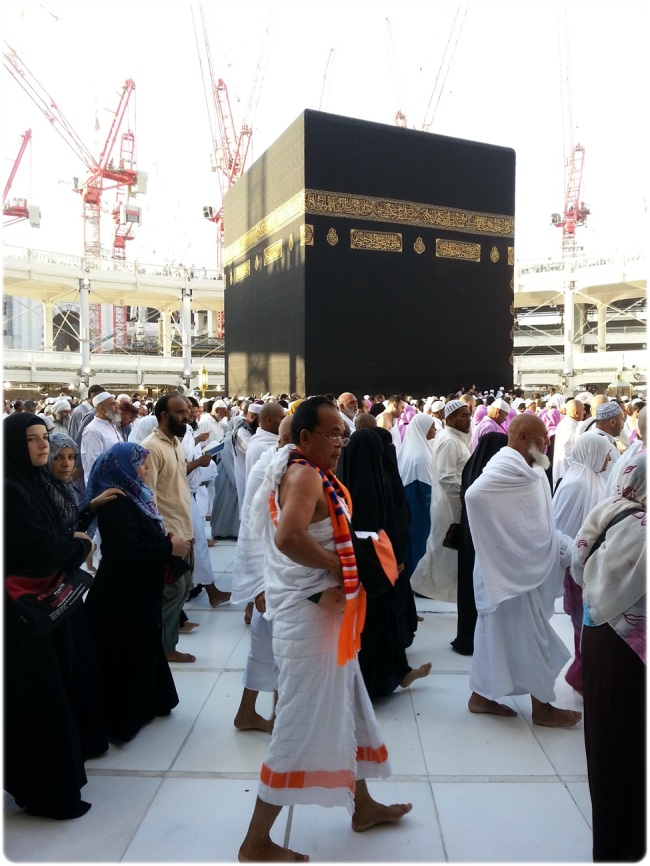 I will never forget this memorable experience.

Thank you to brother and sis in law. The parents were too tired after the umrah last night so they did not do the tawaf sunat.

The beautiful ceiling of Masjidil Haram. It was almost impossible to do prayers right in front of the Kaabah. It was too crowded and the front rows were meant for guys. This was taken by my phone camera since no cameras were allowed into the mosque.

Dinner after Isyak prayers with Masjidil Haram in the background. 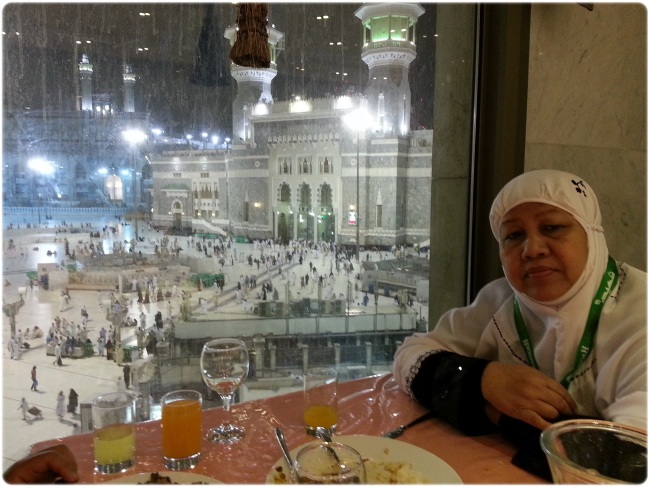 One quick family photo during dinner before we head back and prepare for tomorrow! 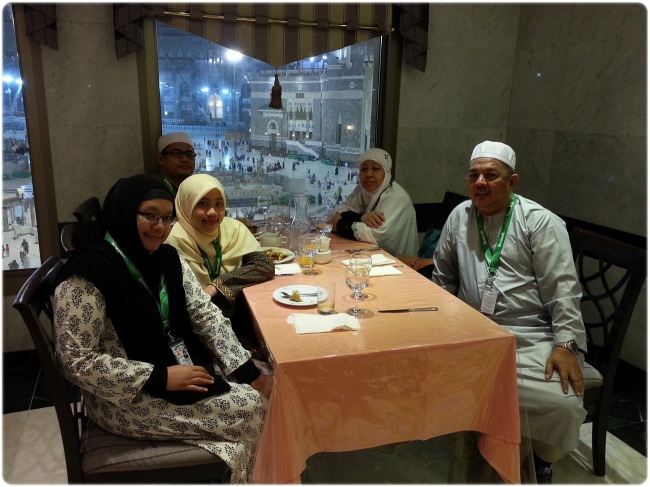